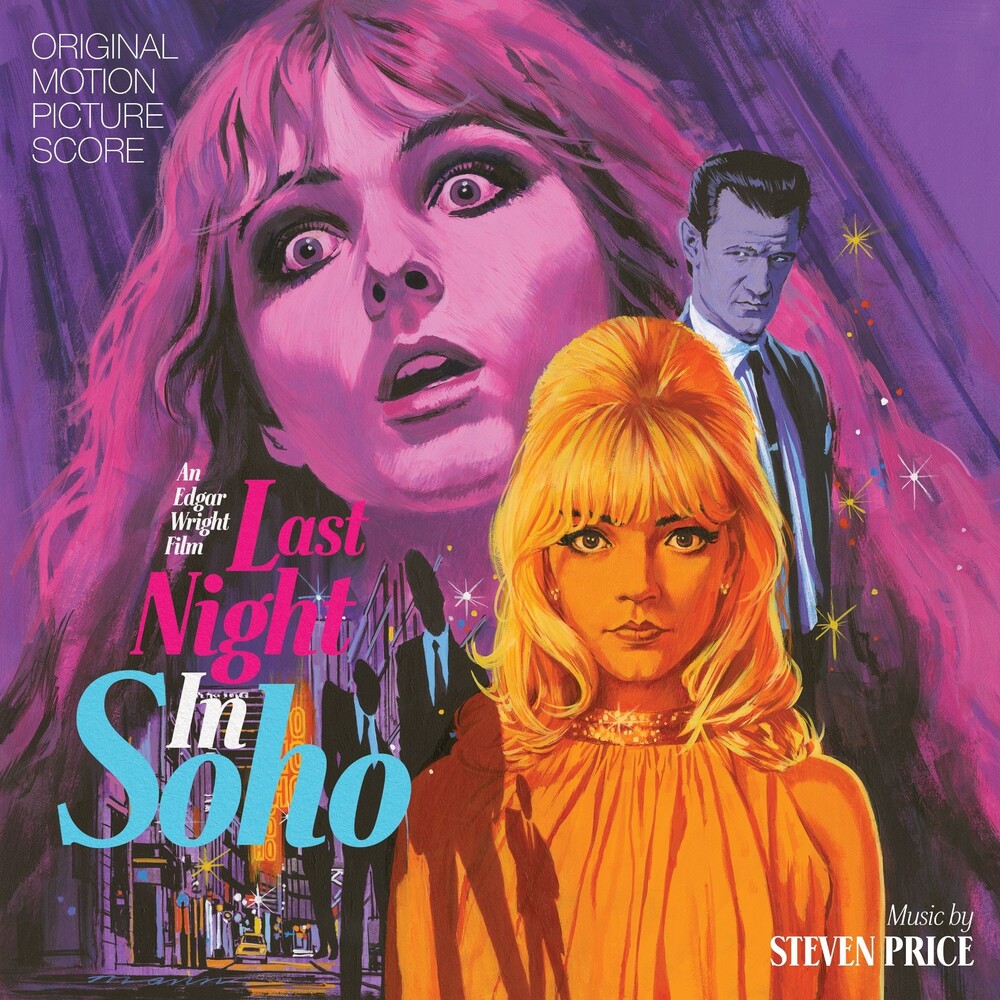 Mondo, in partnership with Back Lot Music Wright, are proud to present the premiere physical release of Steven Price's electrifying score to LAST NIGHT IN SOHO, the latest film by Edgar Wright. Edgar Wright wanted a score to soundtrack the two eras of Last Night in Soho and tie together the stories of these two very different young women. To achieve this, Wright turned once again to his now-regular composer, Academy Awardr winner Steven Price, who successfully scored both Baby Driver and The World's End. While Price's influences for the score included contemporary film music by the likes of Ennio Morricone and John Barry, a "'60s session band" sound with echoing fragments of dialogue add a different and sometimes subliminally sinister edge to the score. The sounds of '60s Soho blend into the present-day London scenes as Eloise is sucked further into the past. "The idea is that Sandie's voice becomes part of the film, so you hear her siren song from the '60s coming through, and Anya became an intrinsic part of it... I was pleased that the lead actress is also the lead singer in the film score; the whole thing knitted together." The album also features songs performed by Anya Taylor-Joy, including the lead single from the film 'Downtown (Downtempo Version)