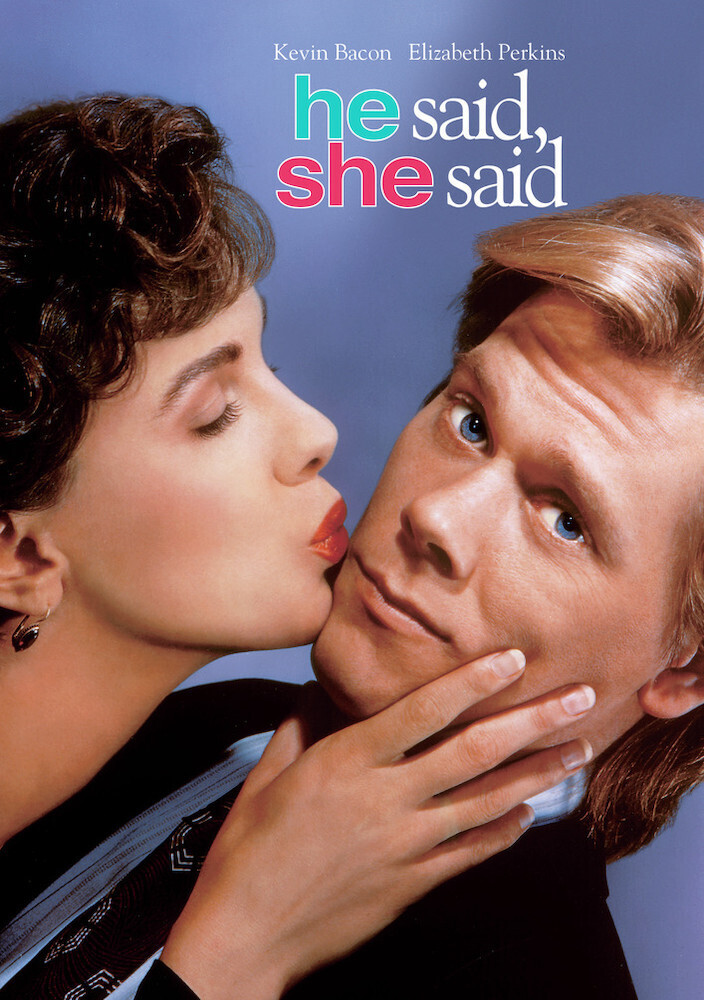 Kevin Bacon and Elizabeth Perkins are competing journalists who find love and success as battling co-hosts of their own talk show. But the friction that makes the show a hit threatens to cancel the romance, as the lovers discover each has a completely different concept of commitment. This breezy comedy-of-the-sexes looks at love from both points of view. In the first part of the film, the relationship is seen through his eyes, while the second half of the film is visualized from her perspective. Both viewpoints are wildly different and totally hilarious, combining for a completely winning romantic comedy. Also starring Sharon Stone as his good friend (he says) and longtime love (she says).