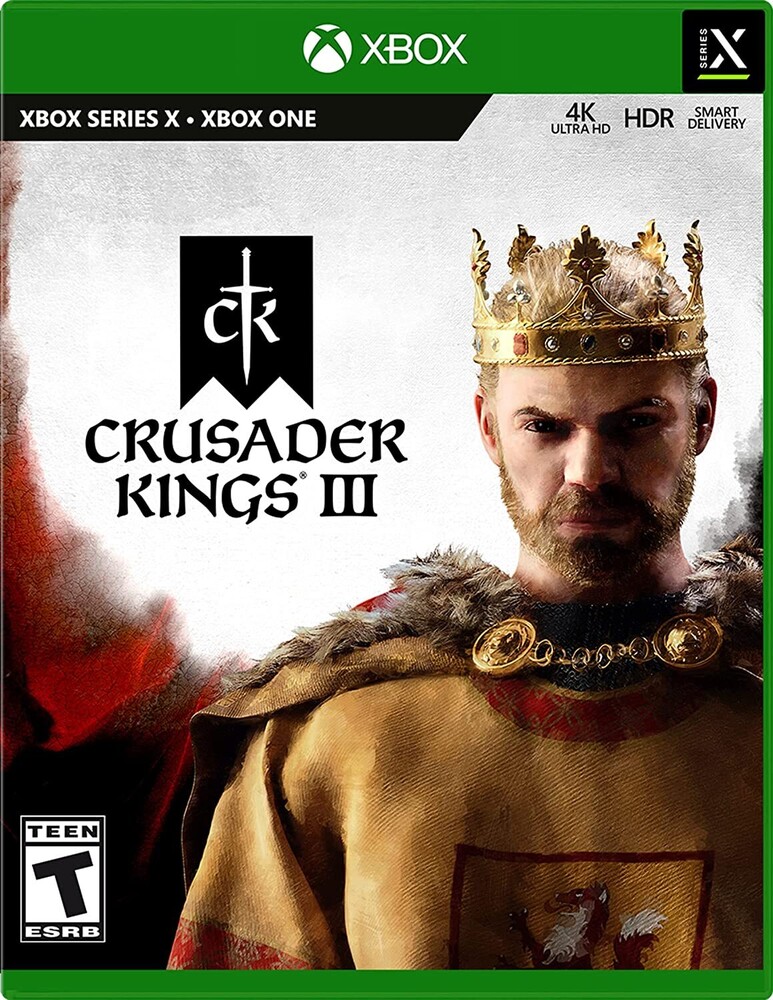 Finally, on console, you can live the life of a medieval ruler in Paradox Development Studio's award-winning strategy role-playing game, Crusader Kings III! Assume the leadership of a medieval noble family, increasing its power and reputation through the generations. As one ruler dies, they are replaced by an heir who may have very different abilities or interests, forcing you to adjust your long-term plans. Play a master of the battlefield, conquering your enemies, or play a subtle seeker of secrets, using plots and poison to advance your agenda - all in the same game. Arrange marriages, champion the faith, and establish new empires in this modern classic - unlike any other strategy game you've ever played on console.