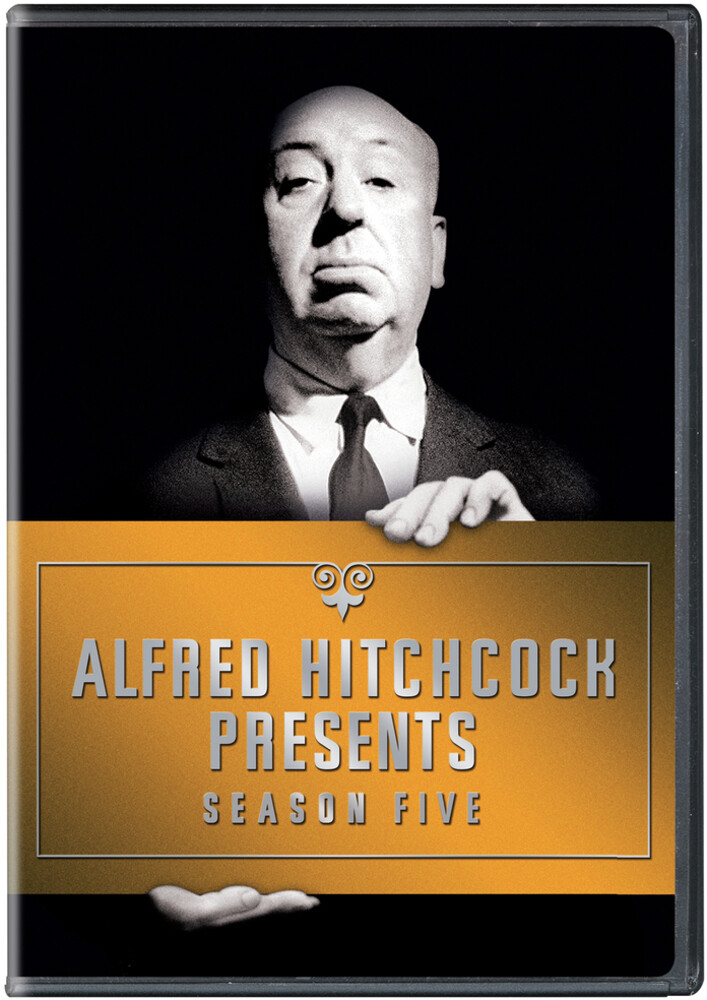 Reunite with the Master of Suspense, Alfred Hitchcock, for more of the mind-boggling twists and devious thrills synonymous with one of TV's greatest shows, Alfred Hitchcock Presents. In the fifth season, delve into 38 stories of greed, larceny, revenge and murder where every character holds a guilty secret and a misleading MacGuffin lurks in every corner. Featuring guest stars, including Walter Matthau, Steve McQueen, Peter Lorre, Dick Van Dyke, William Shatner and Burt Reynolds. Delicious mysteries from the icon whose highest hope for his audience was to give them pleasure - the same pleasure they have when they wake up from a nightmare.