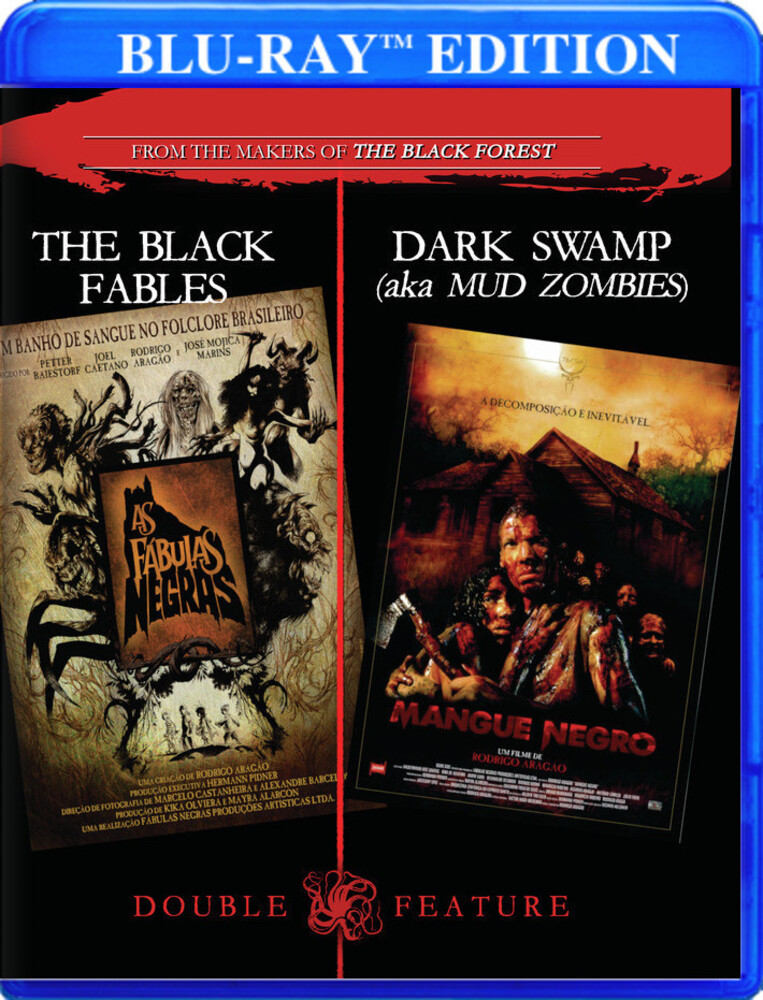 A double feature of Brazilian horror films! In The Black Fables, a group of kids embark on a macabre adventure populated with supernatural characters of Brazilian horror culture the werewolf, the witch, the ghost, the demonic monster, and a creature called the Saci. Directed and written by the biggest names in Brazilian horror: Rodrigo Aragon, Petter Baiestorf, Joel Caetano. Dark Swamp is the story of Luiz, a shy young man from a rural community, who has long yearned to declare his love for Raquel, a beautiful girl who is sought after by several other men in the region. But when strange events begin to change the face of that isolated world, terrible creatures emerge from the bowels of the mangrove, driven only to devour human flesh. Now Luiz must fight against the onslaught of swamp zombies if he's going to save the love of his life.