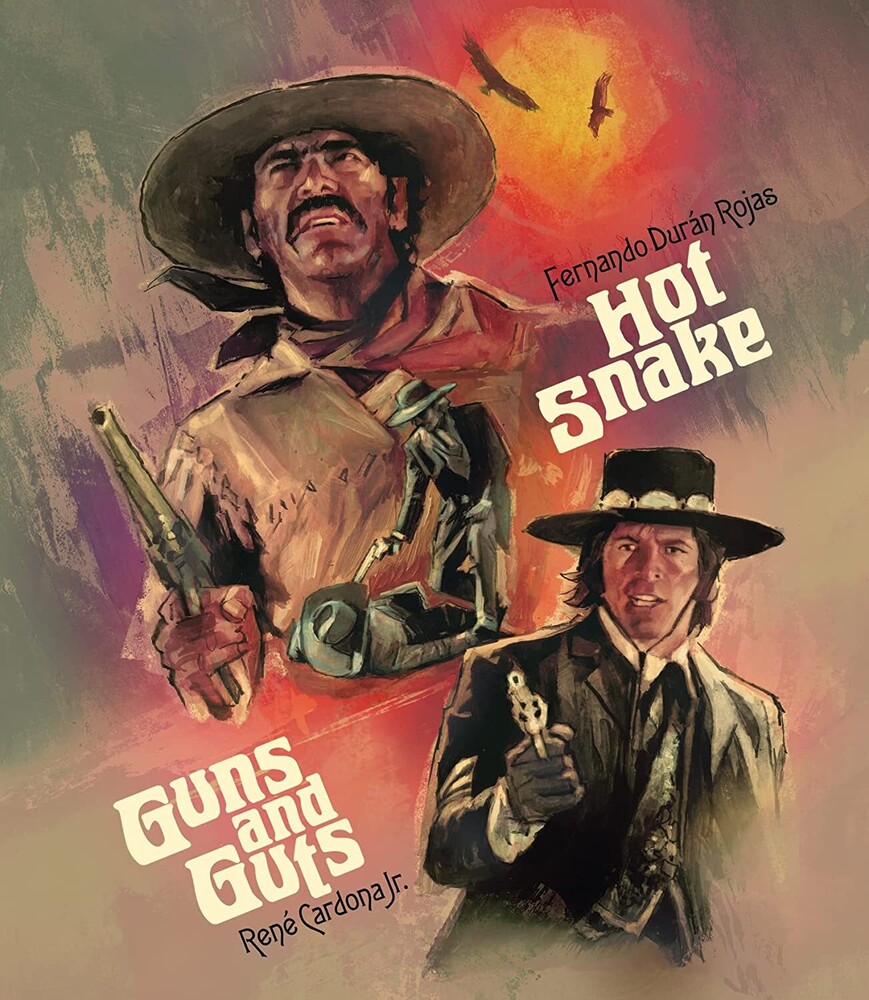 A bounty hunter (Eric del Castillo) was very ready to claim the $5000 that the town of "Hot Snake" placed on the head of the psychopath (Carlos East) who'd been terrorizing it. Unfortunately, his prey was in cahoots with a local witch (Monica Miguel)... who'd given him the power to see into the future. Supernatural-tinged sagebrusher from Mexico co-stars Christa Linder. Then, in the Peckinpah-inspired Mexican Western "Guns & Guts," a hired gunman accepts one last job before retiring with his favorite prostitute. Sent to kill a sheriff who's holed up inside an old monastery, he soon winds up in a deadly game of cat and mouse. Jorge Rivero, Pedro ArmendÃ¡riz, Jr., Rogelio Guerra star. 189 min. Total. In Spanish with English subtitles. Widescreen; Soundtrack: Spanish; Subtitles; English; featurette.