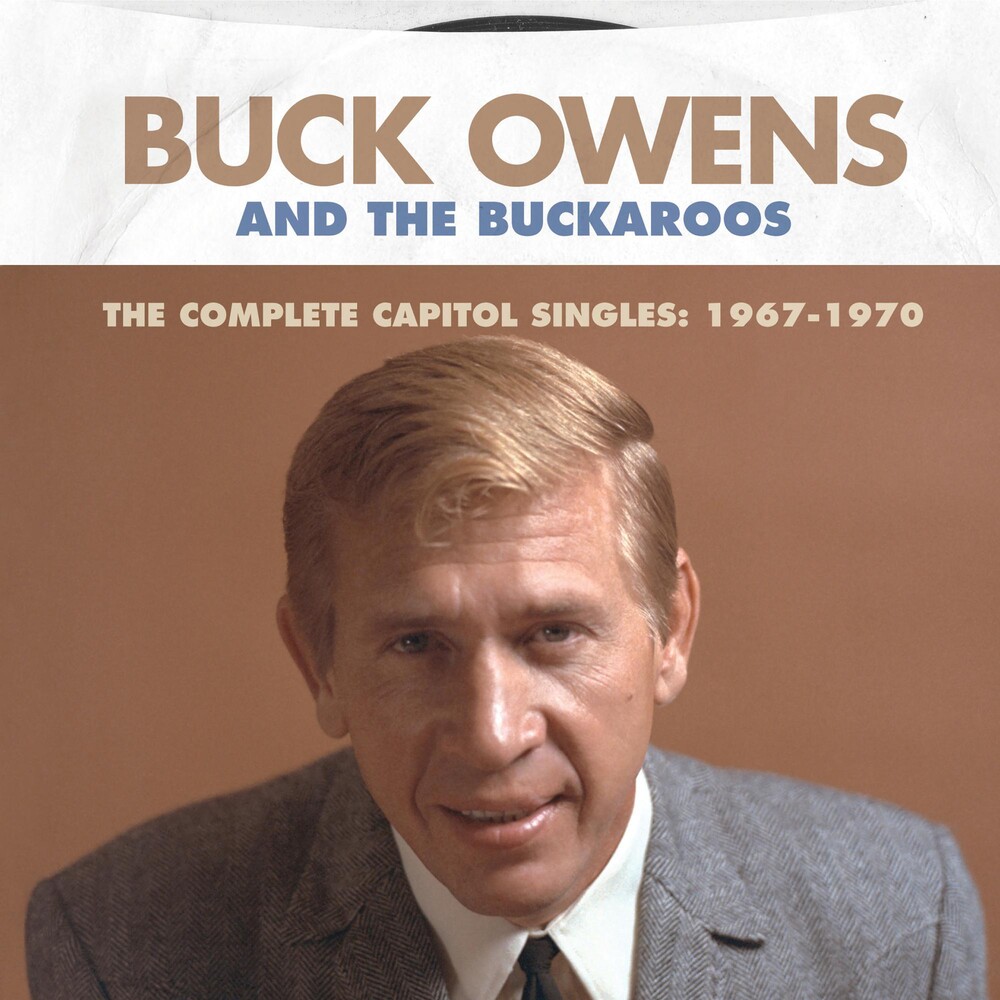 THE CREAM OF THE CROP FROM THE ’60s BIGGEST COUNTRY STAR! The reason my Capitol records sounded the way they did—real heavy on the treble—was because I knew most people were going to be listening to ’em on their AM car radios. At the time, nobody else was doing anything like that, but it just seemed like common sense to me. And it was one more reason that you knew it was a Buck Owens record as soon as it came on the radio—because it just didn’t sound like those other records... —Buck Owens The latter part of the 1960s represents Buck Owens’ second act. His recordings from that era are brief snapshots of a man in transition. Buck and his Buckaroos had undeniably found a winning formula, but he was growing concerned that his signature sound was in danger of growing stale and predictable. For the rest of the decade he would boldly venture into new territory that likely stretched the boundaries of what some fans might have expected. —Scott B. Bomar, from the liner notes Omnivore Recordings, in conjunction with the Buck Owens Estate, is proud to present Buck Owens and The Buckaroos’ The Complete Capitol Singles: 1967–1970. This is the second in a series chronicling every one of Buck’s historic Capitol singles from the ‘50s, ‘60, and ‘70s. Taken from the original mono and stereo masters, The Complete Capitol Singles: 1967–1970 collects the A- and B-side to all 18 singles from that period, including 14 Top Ten hits, in their original, chronological form. Newly remastered, and featuring liner notes from Scott B. Bomar, The Complete Capitol Singles: 1967–1970 presents the golden age of Buck Owens in an entirely new way. These are the records that made Buck Owens a legend and defined the Bakersfield Sound. It’s history. It’s The Complete Capitol Singles: 1967–1970.