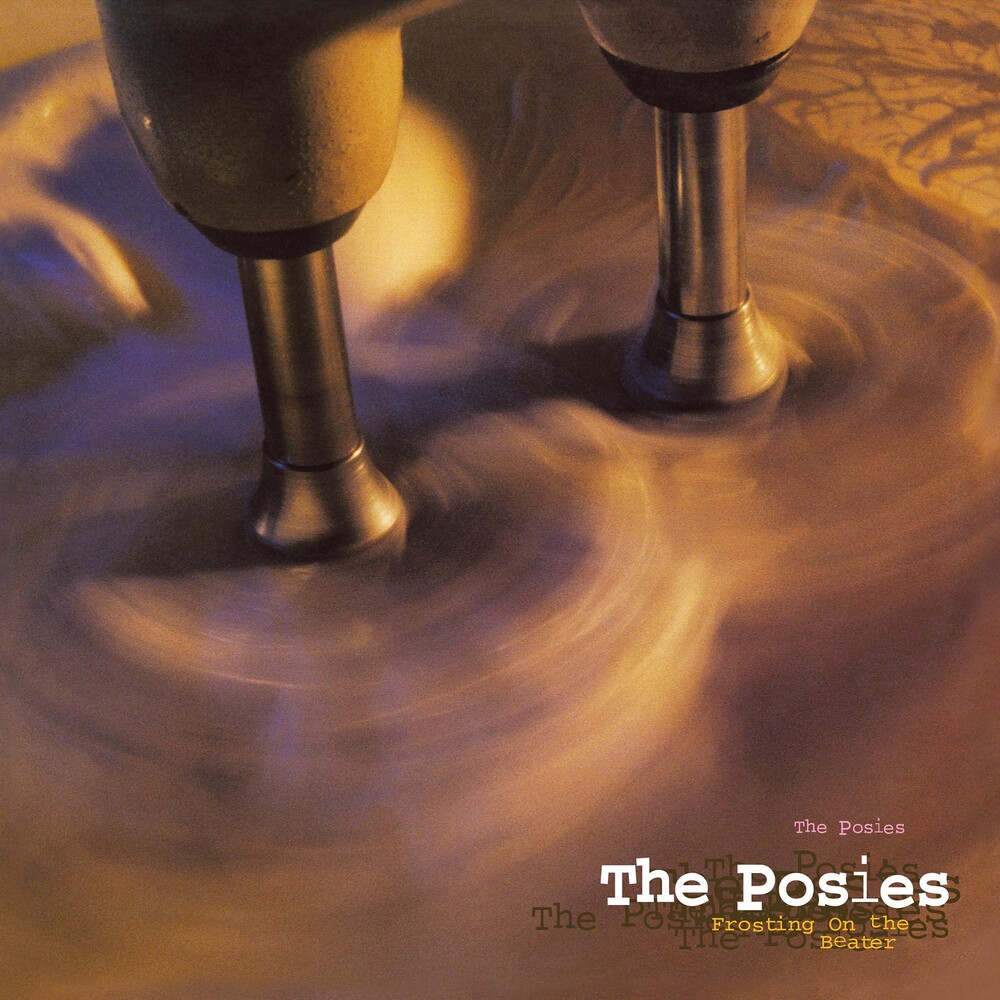 Frosting On The Beater: Remastered
Artist: The Posies
Format: CD

• Alternativae/power poster’s third full-length. • Remastered from original tapes. • 2-CD set expanded with 31 bonus tracks—15 previously unissued. • 2-LP cut at 45 RPM We began our career exactly 30 years prior by releasing a home-recorded cassette called Failure, which to our complete surprise became an instant favorite around the Northwest, earning us critical accolades, radio airplay, and major label interest all in a very short time. We were lucky to find ourselves living just a few doors down the road in Seattle from Arthur “Rick” Roberts and Mike Musburger, who agreed to join our band on bass and drums, respectively. Signed to Geffen Records, we recorded 3 releases, 1990’s Dear 23, Frosting On The Beater in 1993, and Amazing Disgrace in 1996. These three albums remain beloved by our fans; our most popular, most often cited, most requested works. However, over the years, the CDs have been in and out of print, there have been inconsistent presences on streaming, the LPs either long out of print or not issued at all depending on the territory. Good news: all that’s about to change. Frosting On The Beater is back, re-issued by Omnivore Recordings (who have, among many releases new and old, reissued our first album, Failure, plus releases by Big Star, Game Theory, etc). The album will be released as a double CD set: one CD containing the original album, remastered from the original analog tapes, plus enough bonus material to fill out the rest of the CD; and another full CD of more bonus material. Don’t expect just a repackaging of material already available on our 2000 boxed set of outtakes— 15 of Frosting On The Beater’s 31 bonus tracks on this reissue have never been heard! Frosting On The Beater will now stretch across two LPs and will be mastered at 45 rpm from the original tapes. We made the decision to stick to just the original albums for the vinyl release, to give it room to breathe across two glorious slabs of wax. So, if bonus tracks are your thing, the 2-CD set will have you covered Catch The Posies on their 30th Anniversary tour in 2018 too!