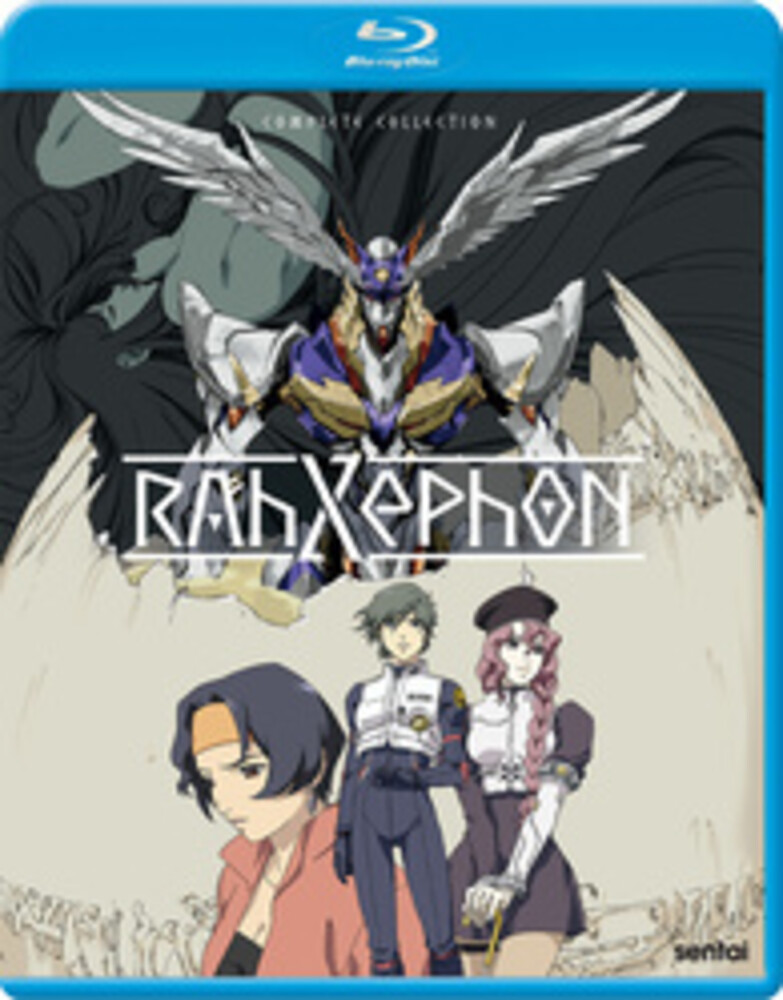 For 15 years, the human race has fought an ongoing battle against the Mu, the alien invaders who have trapped the city of Tokyo inside an impenetrable dome where time flows in a different path and the mind-wiped citizens have no idea that their city has been conquered. But as Earth's military begins to briefly breech the walls, one young man starts to realize that something is very wrong. That nothing is quite as it seems. And when he makes contact with a woman from outside, he learns that he, himself, is somehow at the center of the entire alien plan. A plan that will literally re-write reality itself. Prepare for an epic saga of love, war and time as the complete television series and feature film versions of the anime classic are unleashed in the ultimate steelbook collection of RAHXEPHON.