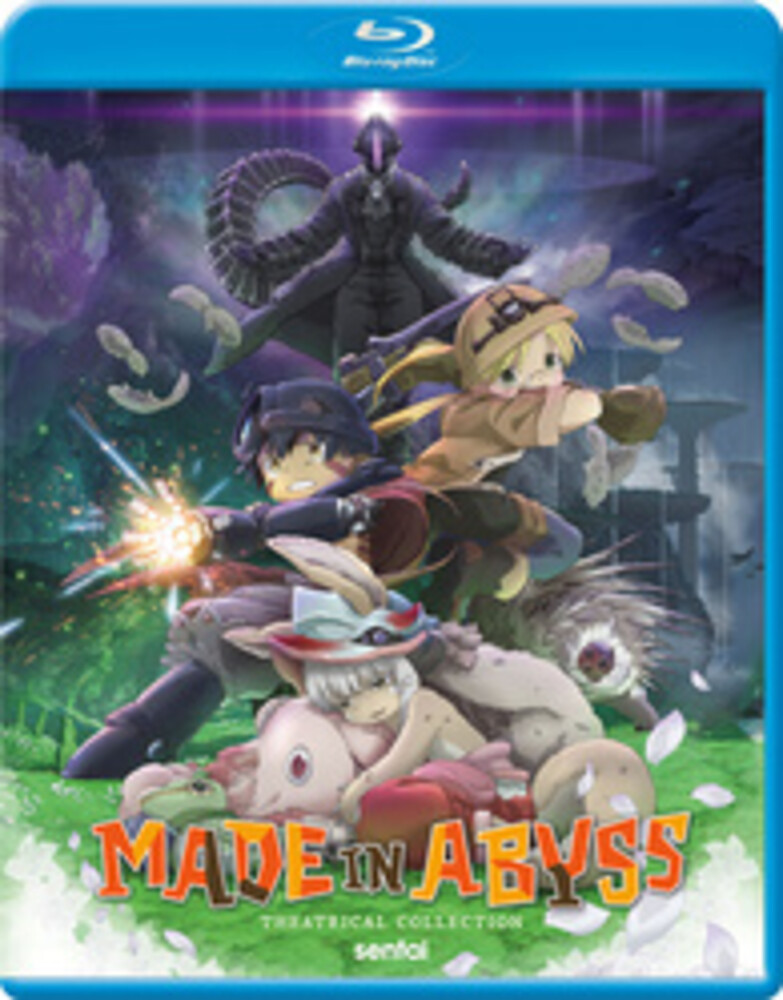 Made In Abyss (2pc) / (Anam Sub)
Artist: Made in Abyss
Format: Blu-Ray

Anyone can descend into the Abyss, but few who survive the massive, multi-leveled pit's dangers make it back unravaged by madness and nightmarish physical transformations. Still, when 12-year-old Riko learns that her missing mother may be alive in the Abyss' inky depths, she and her friend Reg decide to brave the ultimate darkness in the astonishing twin feature films that recap the acclaimed TV series, MADE IN ABYSS. But as harrowing and gut-wrenching as those adventures may be, the tensions will only continue to mount. Because now Riko, Reg and Nanachi must ford seas of corpses, survive fields of parasitic insects, and confront the most potentially dangerous entity of all, Bondrewd, the body shifting guardian of the gate to the sixth level, in the all-new feature length masterpiece - MADE IN ABYSS: DAWN OF THE DEEP SOUL!