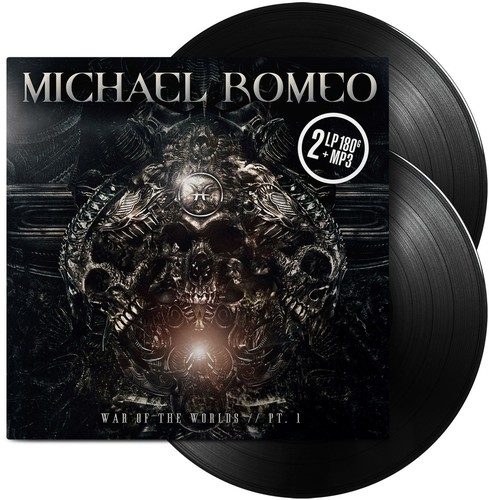 Michael Romeo is best known as the guitarist, chief songwriter and all-around main man behind the progressive rock titans Symphony X, whose daring mix of neoclassical shred, orchestral textures and wildly elaborate concept pieces has placed the band at the forefront of new metal thrill seekers. The release of his new solo album, War of the Worlds, Part I, should further his reputation as one of the world’s preeminent guitarists and composers of adventurous prog-rock. An ambitious 10-song disc, it blends bracing classic metal with textures that pay homage to film score giants Bernard Hermann and John Williams. For fans of Symphony X who have been waiting two decades for an honest to goodness Michael Romeo solo album (not counting his 1994 demo recording, The Dark Chapter, which was released in several countries), the arrival of War of the Worlds, Part I will be cause for celebration. War Of The Worlds, Part 1 will be released worldwide on July 27, 2018 on Mascot Label Group's prog imprint Music Theories Recordings.