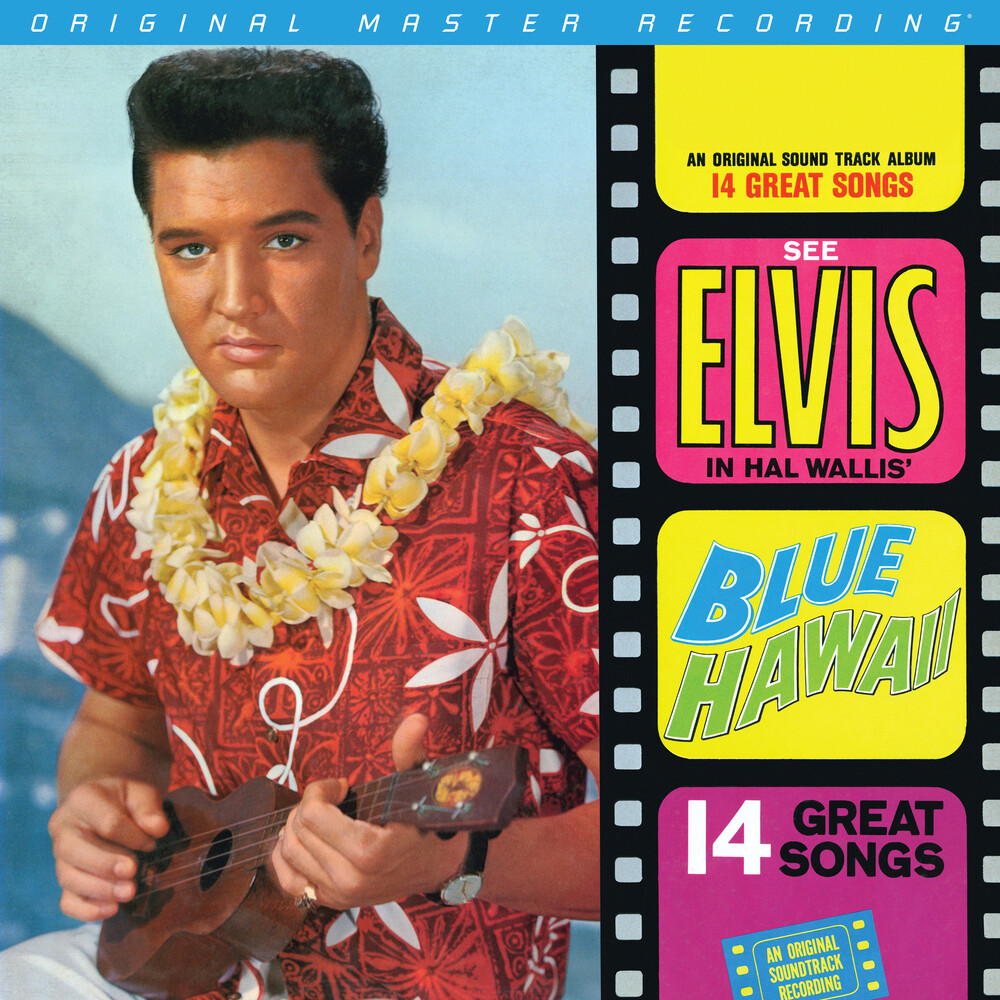 Elvis Presley's Definitive Soundtrack Album Ranks Among His Career Bests: Triple-Platinum Blue Hawaii Showcases the Singer's Panache, Diversity, and Joyfulness Mastered from the Original Master Tapes for Peerless Sound: Mobile Fidelity Numbered, Limited-Edition Hybrid SACD Plays with Newly Uncovered Detail, Depth, Air, and Tonality 1961 Effort Is the Second-Best-Selling Soundtrack of the Musical-Dominant '60s: Includes the Timeless Standard 'Can't Help Falling in Love' and Island-Inspired FareThe old adage about Elvis Presley is that his soundtrack work never held a candle next to his studio albums. Though true for a majority of his film-related outings, the traditional notion is forever disproved by his Blue Hawaii set. Originally released in 1961 in support of the film in which he starred, the triple-platinum LP spent nearly five months at the top of the Billboard album charts; outsold his two prior studio efforts; and ultimately, remains the second-best-selling soundtrack of the musical-dominant 1960s. And now, it has received sonic treatment befitting rock royalty.Mastered from the original master tapes and strictly limited to 3,000 numbered copies, Mobile Fidelity's hybrid SACD of Blue Hawaii transports listeners to both the carefree innocent escapism of the early '60s and calming, breezy atmospherics of the famous Pacific Islands. If you've ever wondered what it might be like to have Presley inhabit your room, this collectible reissue makes it happen via lifelike presence, clarity, immediacy, and transparency.Recorded before the King started to burn out on soundtracks and go into a creative tailspin, Blue Hawaii presents him in tremendous voice. The newly uncovered layers of detail, body, emotionalism, and tonality on this SACD bring that treasured element - as well as the brilliance of the arrangements and accompaniment - to light like never before. Presley's warm crooning alone warrants unmitigated attention. It's not for nothing that this record - replete with panache, whimsy, romance, and seriousness - forever altered the course of his career.Much like the film itself, the music on Blue Hawaii subscribes to a feel-good aesthetic. Presley plunges into a stylistic deep end with equal parts fearlessness and fun. He delves into early rock 'n' roll ('Rock-A-Hula Baby'); touching balladry ('Hawaiian Wedding Song'); playful rumba ('Beach Boy Blues'); relaxing luaus ('Hawaiian Sunset'); and naturally, island-inspired fare ('Ku-U-I-Po'). It becomes immediately evident that the King is enjoying himself and committed to the mission. Is Blue Hawaii all serious art? No, but it was never intended to be. Rather, it serves as a showcase of Presley's outgoing personality and chameleon-like ability - like that of Frank Sinatra - to inhabit different roles and entertain.