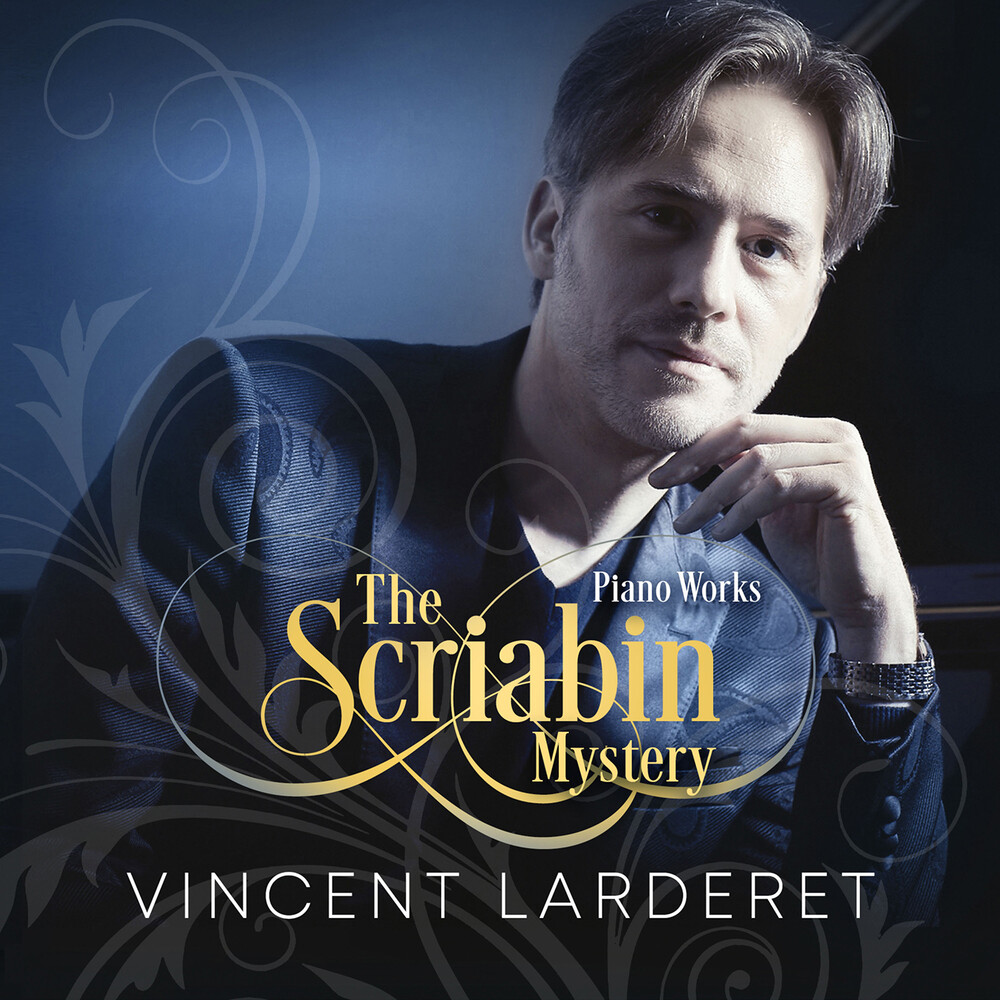 The Scriabin Mystery is brought to vivid life by acclaimed French pianist Vincent Larderet and celebrates the 150th anniversary of the birth of the Russian composer. Making his AVIE debut, Larderet presents a comprehensive survey of the scope of Scriabin's output and the evolution of his style, from his early, post-Romantic works influenced by Chopin and Liszt, through to the modernism of the 20th century in his final works. His harmonies famously colored by his synesthesia, Scriabin's craft was a revolutionary fusion of freedom of expression underpinned by a sense of unity and geometric proportion, his psychologically complex constructions infused with incandescence and mysticism. Scriabin's music has long held pride of place in Larderet's repertoire. He offers a brilliant and broad overview of the composer's evolution in chronological sequence, revealing the mystery of one of the most visionary composers of the late 19th and early 20th centuries. Scriabin's life was tragically cut short at the age of 43, leaving his final work, Acte prÃ©alable, unfinished. Long thought lost, the sketches were re-discovered by composer and musicologist Manfred Kelkel, who used the material for his composition Tombeau de Scriabine. Vincent includes the Prelude of this work as a touching encore to The Scriabin Mystery.