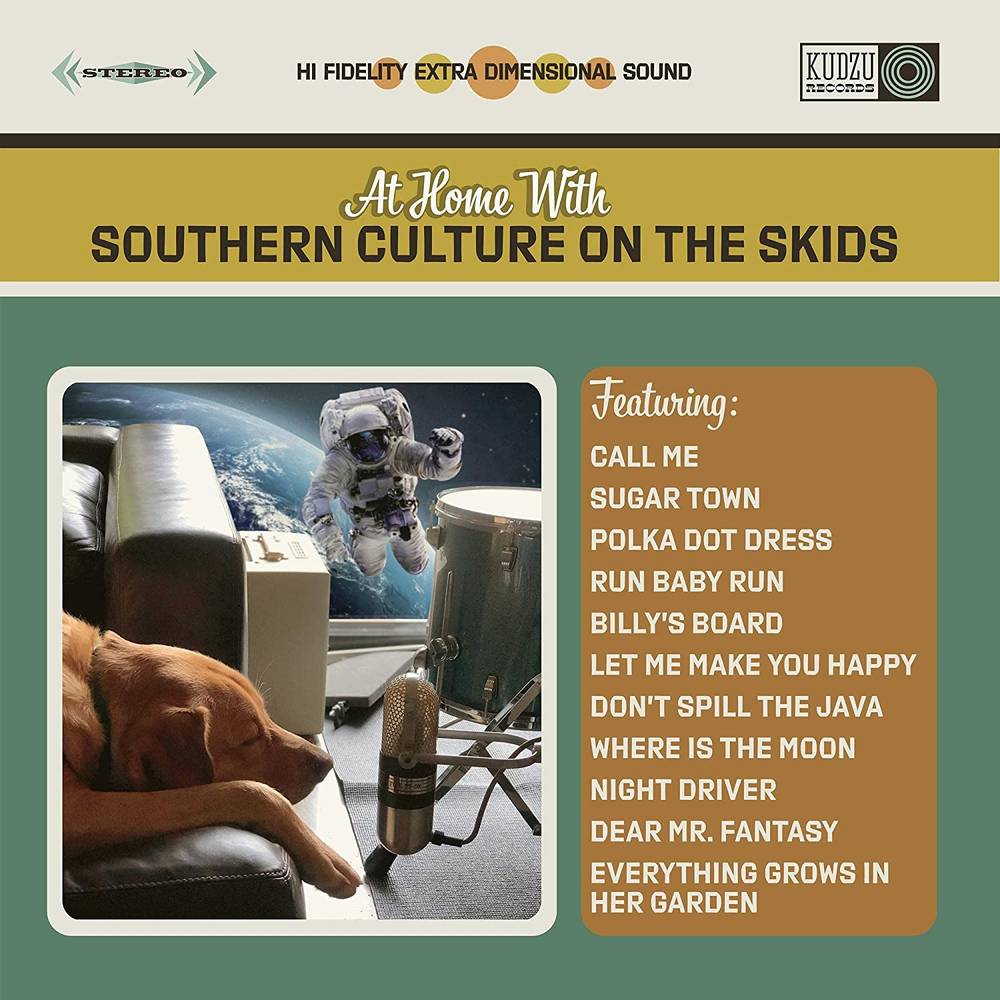 At Home with Southern Culture on the Skids is the latest full length album from the band and is due to drop into stores on March 12th. The album consists of 11 tracks recorded and mixed in Rick Miller's living room with some additional tracks recorded at his studio, The Kudzu Ranch.

The other songs on the album are a combination of the band's unique mix of musical genres: rock and roll, surf, folk and country-all a bit off-center, what Rick proudly calls "our wobbly Americana". Rick goes on, "We put a few more acoustic guitars on this one, as you would expect if you recorded in your living room, but it still rocks like SCOTS. So put your headphones on, get in your favorite chair/sofa/recliner, put on "At Home With" and let's hang out for a while."