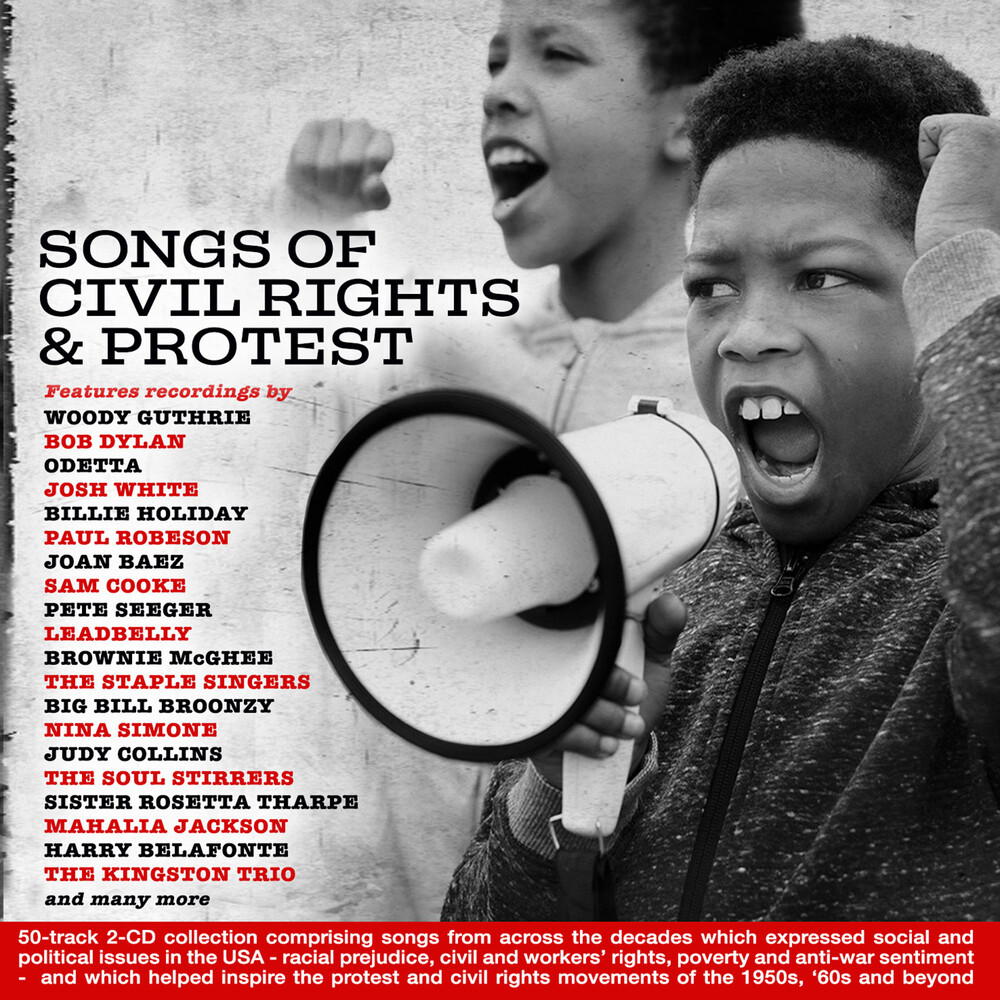 A significant strand of American music, especially in the folk and blues arenas, relates to what came to be known as protest songs when opinions on a number of key social and political issues during the post-war era - civil rights, nuclear disarmament, industrial justice and more - found a unified voice in the musical protest movement. However, this was nothing new, and many of the songs associated with this era came from earlier decades, as blues singers chronicled experiences of racial prejudice, poor rural folk sang about the privations of the Depression, industrial workers railed against exploitation, and gospel singers sought solace in spirituals. This 50-track 2-CD set brings together a selection of recordings which, one way or another, relate to the idea of songs as a medium of protest and social and political commentary, with the later incarnations representing the early stirrings of the classic folk protest movement which crystallised in the early '60s in the hands of Bob Dylan, Joan Baez and others - one or two of their early recordings are included here. Many of the noted voices of protest are featured here - Woody Guthrie, Pete Seeger, Paul Robeson, Josh White - along with folk artists who embraced the cause like Odetta, Nina Simone, Harry Belafonte and many more, plus some of the more obscure but no less important recordings that set the tone and led the way for later artists. It's a fascinating and we hope inspiring collection, which tells many a story.