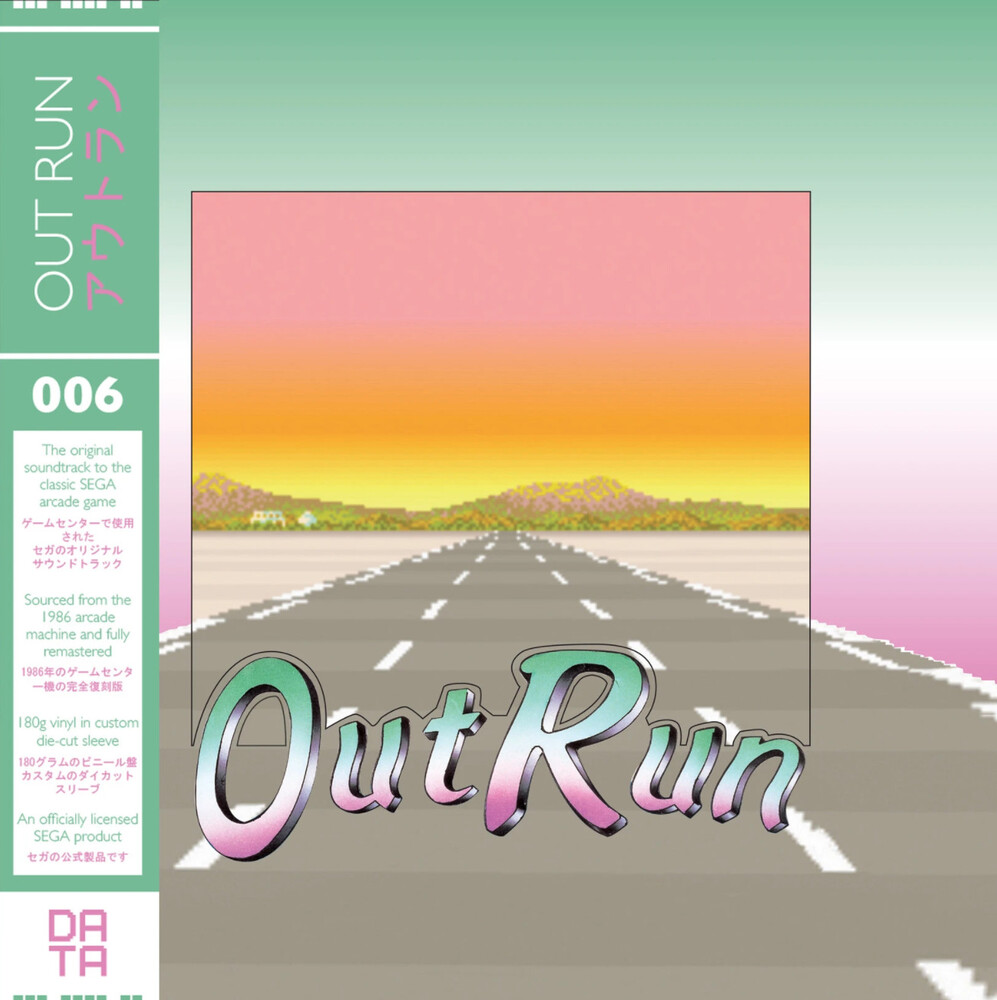 Originally released in 1986, OutRun remains one of the most recognisable arcade games ever made. The music, composed by renowned SEGA Sound Team member Hiroshi "Hiro" Kawaguchi, was a triumph of imagination and creativity, showcasing a fusion of styles and influences, all ingeniously and inexplicably condensed into the confines of an eighties arcade board. The music was so integral to the game itself, that it is now difficult to imagine OutRun - or, indeed, the history of arcade music - without the enduring charm of Hiro's soundtrack. This vinyl edition was first released in 2016 to celebrate the 30th anniversary of OutRun and has now been repressed in 2020. This release includes the entirety of Hiro's original OutRun, sourced directly from the 1986 arcade machine, alongside three bonus tracks drawn from the 1991 Mega Drive and 2014 Nintendo 3DS versions of the game, all of which have been carefully remastered. It is packaged in a heavyweight 425gsm matt varnished sleeve, with custom die-cut window, three interchangeable covers, traditional obi strip and liner notes written by Hiro himself.