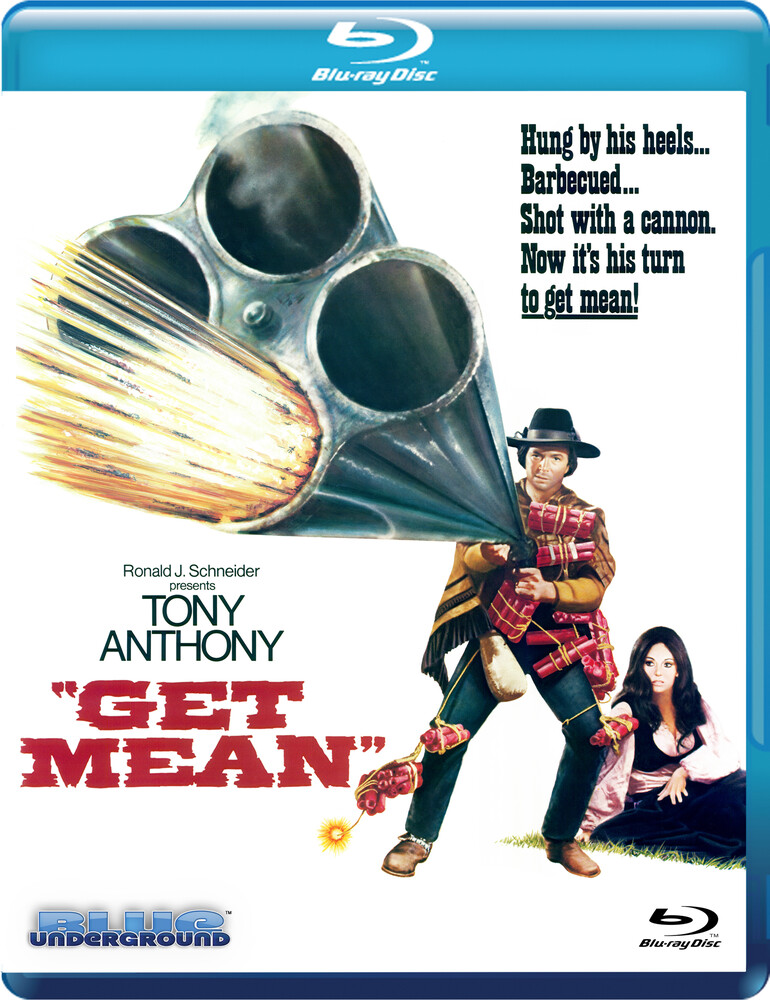 The Stranger's Thrilling Final Adventure!When an American cowboy stumbles upon a gypsy family in a wind-swept ghost town, they offer him a fortune to escort a princess back to her home in Spain. But this silent Stranger finds himself in over his head (and strung up by his feet) when he gets caught in the middle of an epic battle involving Vikings, the Moors, brutal barbarians, evil spirits, a raging bull, and a diabolical Shakespeare-quoting hunchback. Tired of their never-ending attempts to kill him, the cowboy arms himself to the teeth with guns, dynamite and a special surprise. Now it's the Stranger's turn to GET MEAN!Tony Anthony (COMIN' AT YA!), Lloyd Battista (BLINDMAN), Raf Baldassarre (THE GREAT SILENCE), Diana Lorys (THE AWFUL DR. ORLOF), and Mirta Miller (EYEBALL) star in this explosive 'Spaghetti Western' directed by Ferdinando Baldi (TEXAS, ADIOS). Now Blue Underground is proud to present GET MEAN in High Definition and bursting with exclusive Extras!