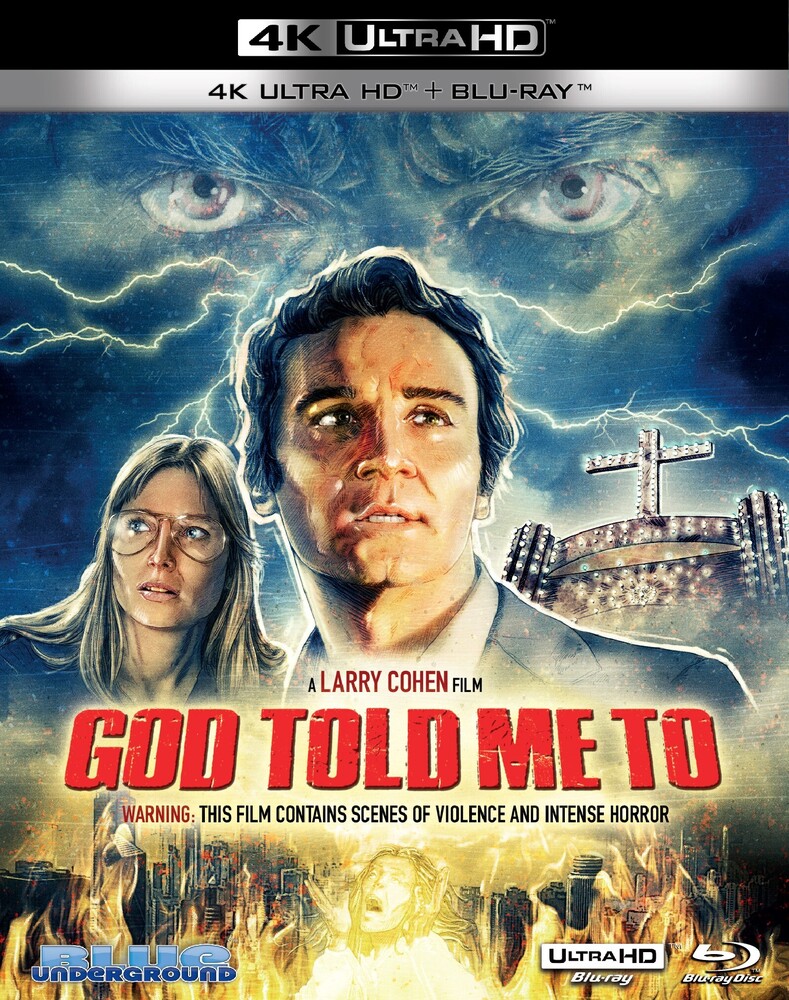 IT WILL GIVE YOU NIGHTMARES FOREVER!A rooftop sniper guns down 14 pedestrians on the streets of New York City. A mild-mannered dad takes a shotgun and blows away his wife and children. A cop goes on a sudden shooting spree at the St. Patrick's Day Parade. And each of these unlikely killers makes the same dying confession: "God told me to." Now a repressed Catholic NYPD detective (Tony Lo Bianco of THE HONEYMOON KILLERS and THE FRENCH CONNECTION) must uncover a netherworld of deranged faith, alien insemination and his own unholy connection to a homicidal messiah with a perverse plan for the soul of mankind.Written, produced, and directed by Larry Cohen (IT'S ALIVE), this critically acclaimed cult classic remains one of the most disturbing and thought-provoking horror films of our time. Deborah Raffin (DEATH WISH 3), Sandy Dennis (WHO'S AFRAID OF VIRGINIA WOOLF?), Sylvia Sidney (BEETLEJUICE), Mike Kellin (SLEEPAWAY CAMP), Richard Lynch (BAD DREAMS), and Andy Kaufman (TAXI) co-star in GOD TOLD ME TO, now presented in a new 4K restoration from the original uncensored negative, with Dolby Vision HDR and Dolby Atmos audio, packed with revealing Extras!