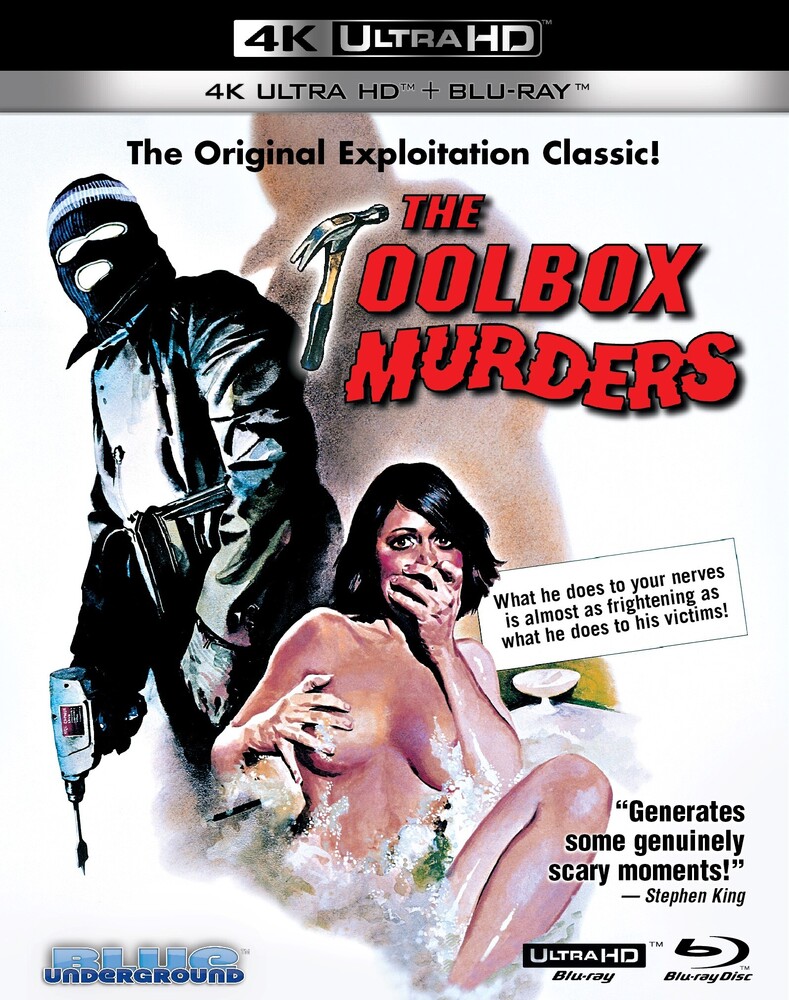 In a quiet apartment complex in Los Angeles, a deranged handyman goes on a killing spree, savagely murdering 'immoral' women with the tools of his trade - claw-hammers, screwdrivers, power drills and even a deadly nail gun! But these gruesome massacres are just the beginning of this landmark epic of violence and depravity that was vilified by critics, banned by censors, and treasured by splatter fans worldwide. This is... THE TOOLBOX MURDERS!Cameron Mitchell (BLOOD AND BLACK LACE), Wesley Eure (LAND OF THE LOST), Aneta Corsaut (THE BLOB), Marianne Walter (adult film star Kelly Nichols) and former child actress Pamelyn Ferdin (THE BEGUILED) star in this notorious sickie. Now experience one of the most shocking exploitation films of all time at it's bloody best, as THE TOOLBOX MURDERS has been newly scanned in 4K 16-bit from it's uncut original negative, with Dolby Vision HDR and Dolby Atmos audio, and gushing with new and archival Extras!