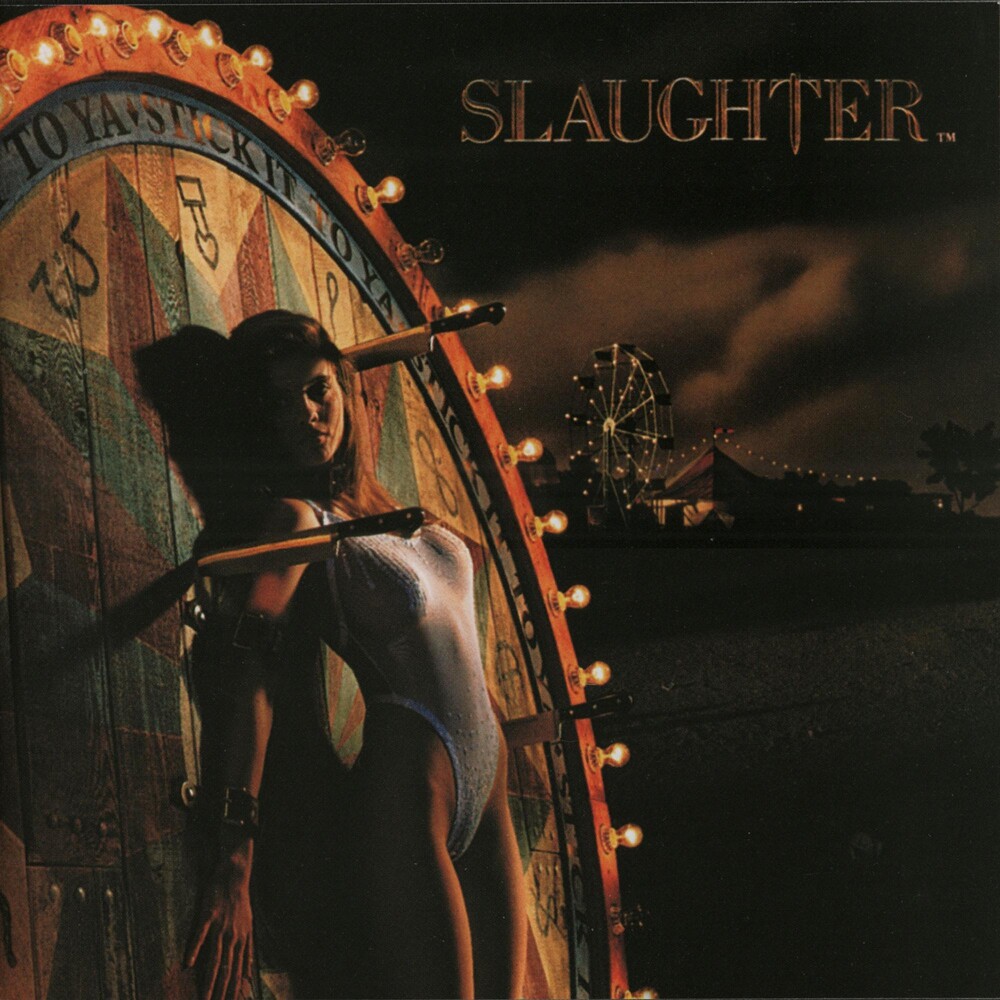 Limited 180gm red colored vinyl LP pressing in gatefold jacket. After providing their musical expertise with former Kiss guitarist's Vinnie Vincent Invasion, heavy metal veterans Mark Slaughter (lead vocals/guitars) and Dana Strum (bass guitar) decided to branch out on their own and form the group Slaughter. Their success was immediate upon release of their debut smash hit "Stick It To Ya." As radio played their first hit single "Up All Night", the fans reacted in unison as the album propelled further to the top of the charts with their huge hit "Fly To The Angels." "Stick It To Ya" didn't stop there... more hits like "Up All Night" "Mad About You" and "Spend My Life" all became radio favorites and moved this album into double platinum territory. Produced by Mark Slaughter and Dana Strum, this hard rockin' event catapulted this band well into the upper rungs of super stardom as it was nominated Best Metal Album of The Year 1991 by the American Music Awards... plus all the hit video rotation on MTV truly made their career a very important chapter in the history of metal and hard rock music.