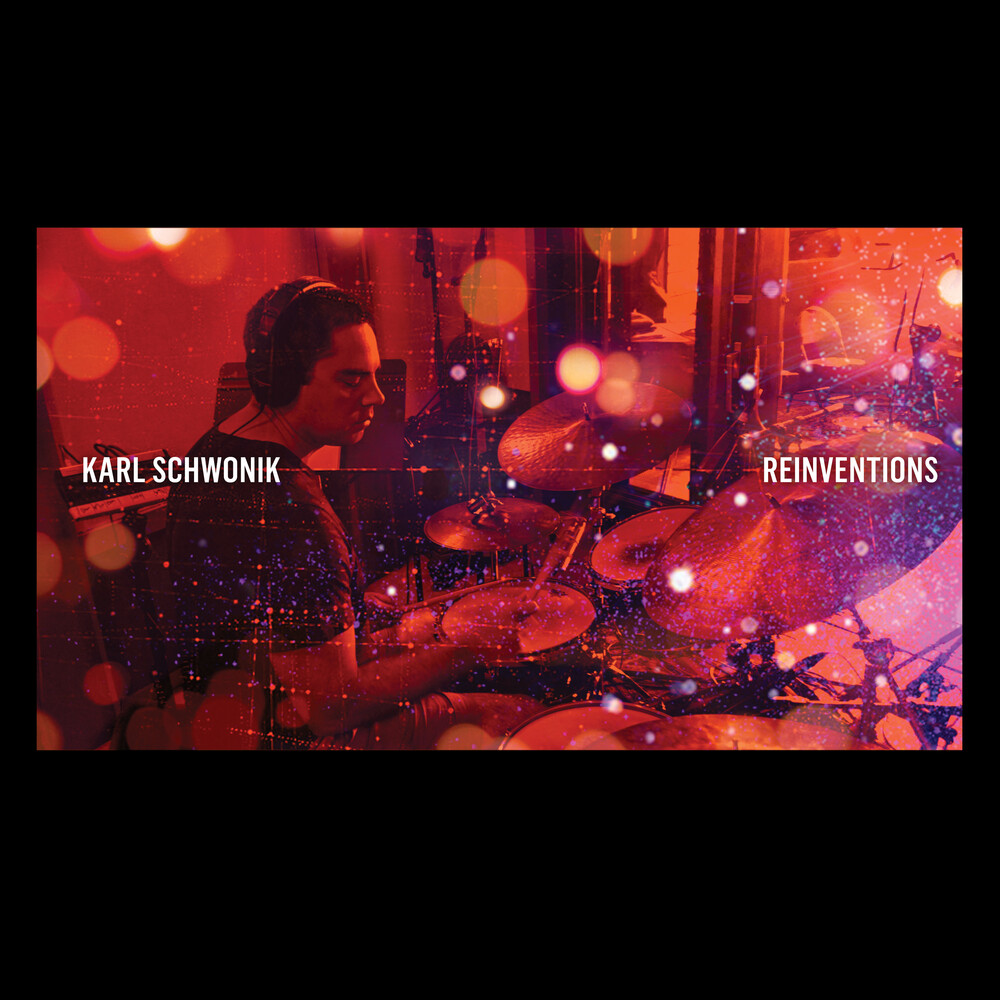 Karl Schwonik, Chris Andrew, Kodi Hutchinson and Brent Mah have been inventing together for over a decade. This album is inspired by their journey together and each band member's personal growth throughout the years. Karl speaks fondly about this quartet, "Like any healthy relationship, we have grown apart and conversely come back together again when it mattered." In Reinventions, the band revisits songs they have played before like "What to Say" (Music Box, 2008), "Furnace Man" and "Green Line" (Visions from the Farm, 2010). Five of the tracks are interpretations of "Term Break". This short piece composed by Schwonik is reimagined each time, reinforcing the theme of the album and giving each player a chance to express his individuality. Karl, Chris, Kodi and Brent have each experienced major life changes in the past 10 years such as touring the world, furthering their education and starting a family. They bring their life experience to Reinvention creating something new out of something familiar.