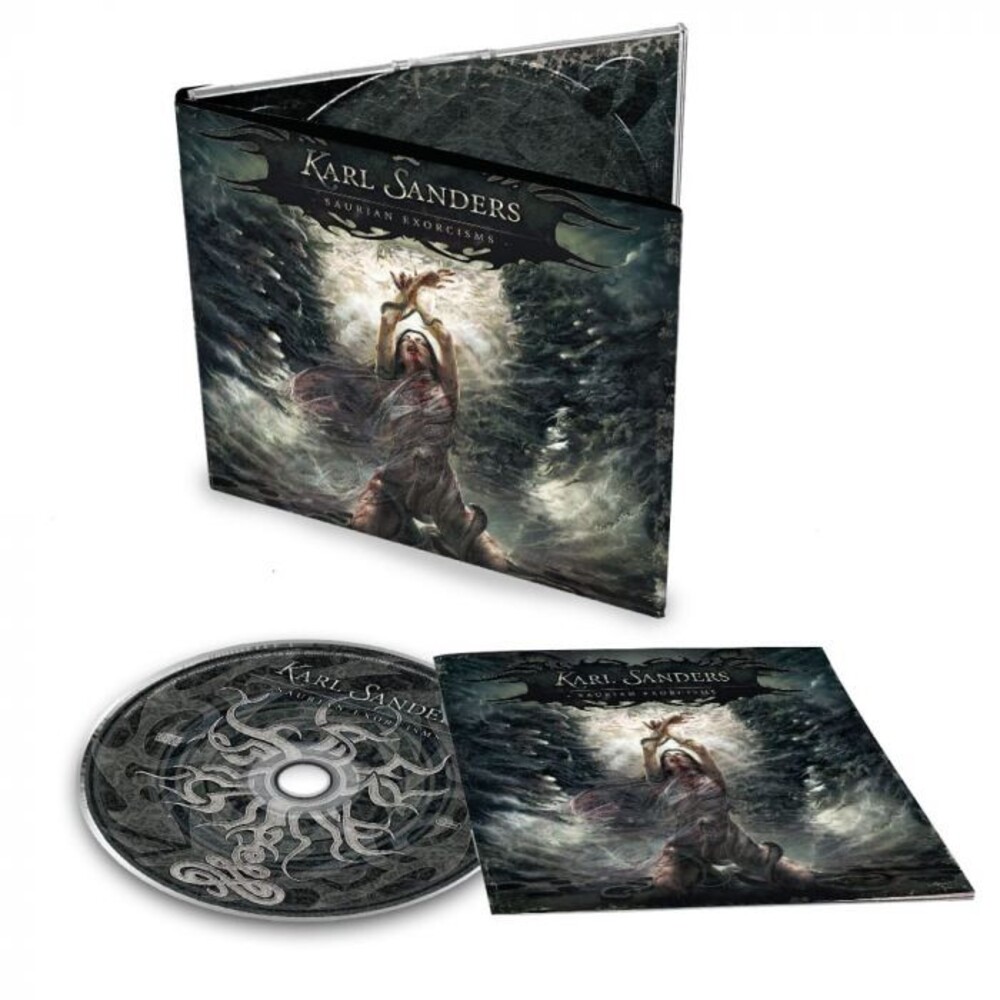 In 2009, four years after the release of his debut solo work, Saurian Meditation (2004), Nile founder and visionary Karl Sanders returned with Saurian Exorcisms. After taking listeners on a hypnotizing ride with Meditation, Sanders upped the ante and dimmed the darkness on Exorcisms, diving into a disturbing, cinematic expression of what might happen if one spent too much time in a deep Saurian Theta State, dabbling too closely with the dangerous spiritualism that lies beneath. Drawing on broadened inspirations ranging from Tibetan, Hindu, Arabic, and Ancient Egyptian spiritual themes, Saurian Exorcisms - alike it's predecessor - explores the use of unique and exotic instrumentation like the baglama saz (Turkish lute), electro-acoustic Glissentar and more. Blending ethnic flavors with emotive vocals and chants ranging from soothing to disturbing, pounding ancestral rhythms, trancelike atmosphere and weeping, wailing, soaring, bewitching guitars, the album transports listeners into what Lambgoat, upon the album's release, described as "dark, mystic soundscapes filled with ancient spirits, mind altering visions, and catacombs complex". From the scintillating first notes of ritualistic "Preliminary Purification Before the Calling of Inanna" and the threatening, tribal climax of "A Most Effective Exorcism Against Azagthoth and His Emissaries", to the supernatural horn reverberations in "Kali Ma" and pensive final march of dynamic percussiveness "Dying Embers of the Aga Mass SSSratu", Karl Sanders illustrates a contemplative yet darkly unique-in-aura second chapter of the Saurian saga with Saurian Exorcisms, now available via Napalm Records!