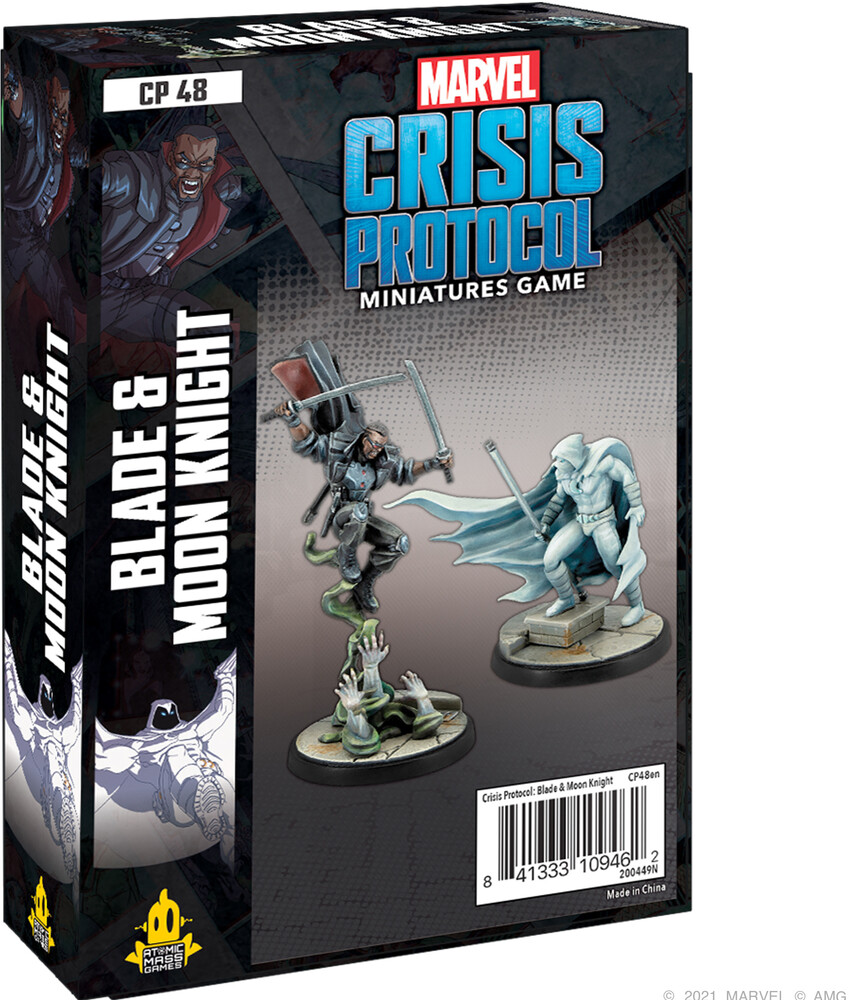 Two new heroes join the fray to battle darkness in Marvel: Crisis Protocol. Born while the vampire Deacon Frost fed on his mother, Eric Brooks had a portion of the vampiric condition passed on to him. He uses the abilities of his infection to destroy vampires as Blade, a super-powered hunter who possesses the strengths of vampire kind while having none of their weaknesses. Meanwhile, Marc Spector is Moon Knight, the "Fist of Khonshu." A supernatural crime-fighter with powers tied to the cycles of the moon, he uses every tool at his disposal to fight darkness with darkness. In addition to the abilities, they also bring three new Team Tactics Cards to Crisis Protocol, giving players the chance to explore even more combinations.

Join forces with mystical heroes like Doctor Strange and Ghost Rider as members of the new Midnight Sons Affiliation.

Three new Team Tactics Cards allow them to explore their full potential with the rest of their team.