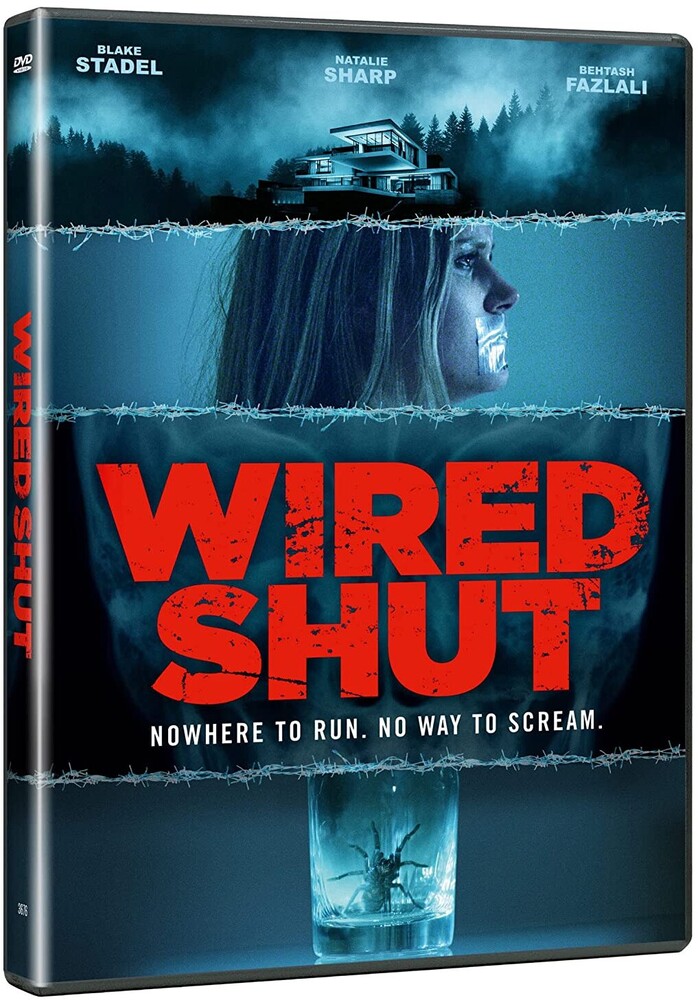 Jaw dropping slasher Wired Shut from director Alexander Sharp, in his feature film debut, will have you open-mouthed with fear when it arrives on DVD and digital 30th August 2021 from 101 Films.

Famed author Reed Rodney (Blake Stadel - Riverdale, The Twilight Zone) seems to have it all - international acclaim for his writing, a sweeping secluded mansion and money beyond his wildest dreams - but life isn't always what it seems on the surface. Behind the glossy exterior lies the shell of a man, an alcoholic haunted by his past transgressions that destroyed his family.

When a horrific car crash leaves him in bad way, he faces reconstructive surgery and his jaw is wired shut, leaving him unable to speak. Forced to recover at home alone, the isolation threatens to overwhelm him. then his estranged daughter Emmy (Natalie Sharp - The Flash, Supernatural), turns up. Is she there to reconnect after all these years or does she have an ulterior motive?

When a dangerous secret emerges and a menacing intruder shows up, Reed and Emmy must band together to try and survive the night.