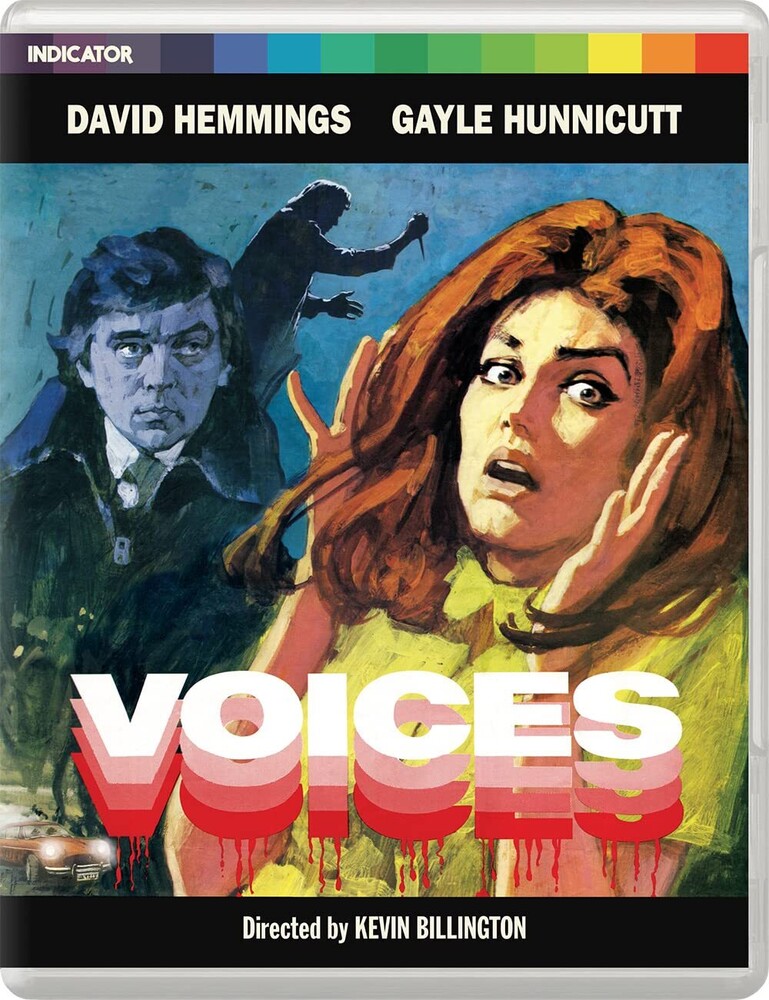 Real-life husband and wife David Hemmings (Blowup, Deep Red) and Gayle Hunnicutt (Eye of the Cat, Fragment of Fear) star in this tense British shocker from director Kevin Billington (The Rise and Rise of Michael Rimmer).

After a tragic family accident, Claire (Hunnicutt) suffers a mental breakdown. In an effort to help her recovery, Robert (Hemmings), her husband, takes her to convalesce in a grand country house, but her already fragile sanity is soon threatened by ghostly apparitions and terrifying visions.

Long unseen, this impressive, superbly crafted chiller is presented in a brand new restoration from a 4K scan of the original separation masters by Powerhouse Films. Making its worldwide debut on Blu-ray, Voices is accompanied with a selection of newly produced extras and a comprehensive booklet.