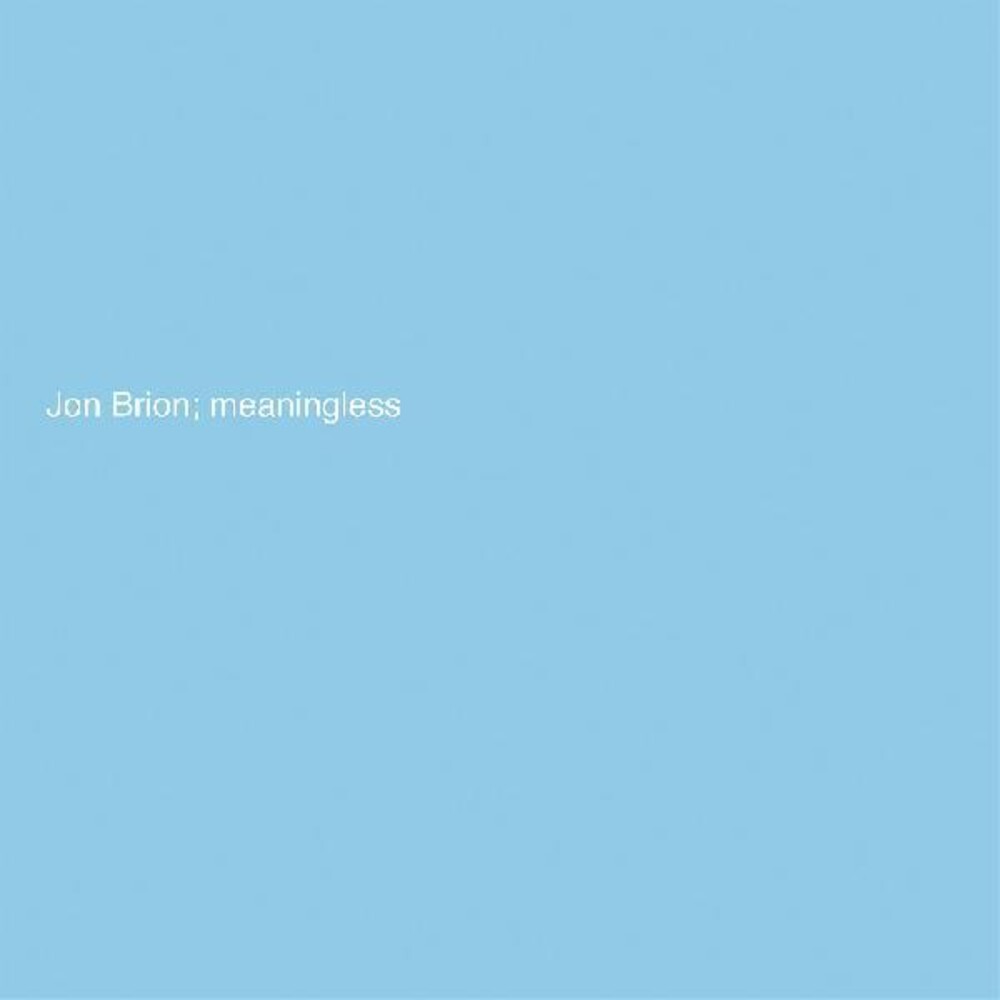 Jon Brion - Meaningless - Largely self-recorded in the late '90s (minus some sessions with Ethan Johns), Meaningless spent years on the shelf of a major label uncertain what to make of it's textured glory, before Brion negotiated an extremely limited release in 2001. More than two decades later, it's emotional core remains undiminished by years spent in the major label wringer, both before and after it's creation. Like his work with artists including Aimee Mann, Fiona Apple, and Elliott Smith, Brion's songs offer depth and resonance, and like his soundtrack work on films like Magnolia, Punch Drunk Love, I Heart Huckabees, and Eternal Sunshine of the Spotless Mind, it's scope is widescreen.