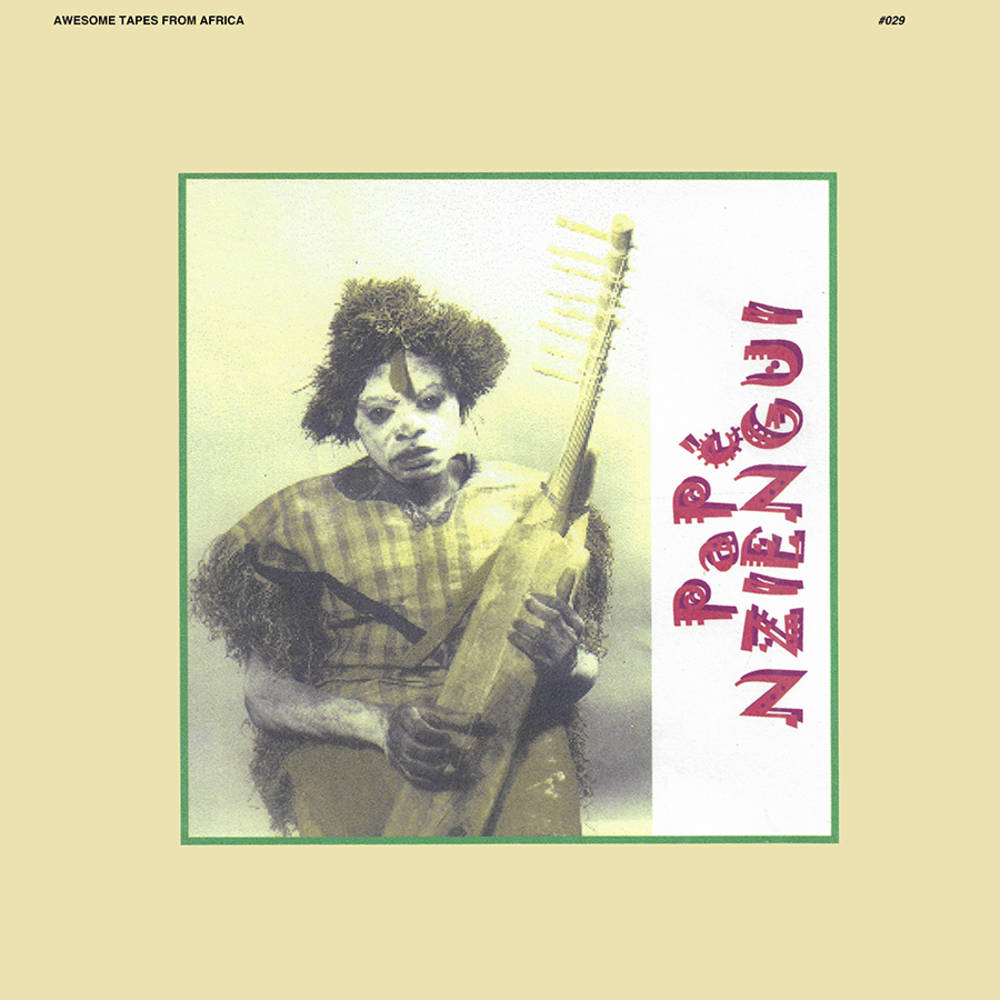 Kadi Yombo, published in 1989, is the most successful album in the quest for a fusion between tradition and modernity in Bwiti harp music of the Tsogho people of Gabon. Combining beating rattles with a layer of synthesizers, Papé Nziengui blends in a contrapuntal dialogue characteristic of harp playing: male song in appeal and female choir in response, male voice of the musical arc and rhythms of female worship. But above all its Tsogho ritual music and modern studio orchestration. The result is an initiatory itinerary of 10 musical pieces which are all milestones likely to be simultaneously listened to, danced, meditated on, and soon acclaimed. In the years since, Nziengui has traveled he world from Lagos to Paris, from Tokyo to Cordoba, from Brussels to Mexico City to become a true icon, the emblem of Gabonese music.

Like Bob Dylan, "electrifying" folk and Bob Marley mixing rock with reggae, some purists have criticized Nziengui for having distorted the music of harp by imposing a cross with modern instruments. They even went so far as to claim that Nziengui was just an average harpist covering his shortcomings with stunts that were only good for impressing neophytes; like playing a harp placed upside down behind his back or playing two or three harps simultaneously. Sincere convictions or venomous defamations, in any case, Nziengui never gave in to such attacks, imposing himself on the contrary to pay homage to the elders (Yves Mouenga, Jean Honoré Miabé, Vickoss Ekondo) while instructing the maximum of young people. He is thus the promoter of many young talents, the most prominent of which is certainly his nephew Jean Pierre Mingongué. In a conservative society where the sacred is confused with secrecy, exposing the mysteries of Bwiti in broad daylight can be punished by exclusion or even execution.

Papé Nziengui has always claimed that he faces such risks because he never felt enslaved to a community that governs his life, that regulates his conduct, that has a right of censorship over his activities. Like Ravi Shankar, the famous sitarist, Papé Nziengui is a man of rupture but also of openness, a transmitter of culture. As proof, he has established himself in Libreville, Gabos capital, as the main harpist for sessions and concerts, accompanying the greatest national artists (Akendengué, Rompavè, Annie-Flore Batchiellilys, Les Champs sur la Lowé, etc.) as well as foreign artists (Papa Wemba, Manu Dibango, Kassav', Toups Bebey, etc.). In 1988, he was the first harpist to release an album in the form of a cassette produced by the French Cultural Center (Papé Nziengui, Chants et Musiques Tsogho). At the same time, he created his own group (Bovenga), combining traditional music instruments (musical bow, drums, various percussion instruments, etc.) in the framework of a true national orchestra, which gave the first concert and the first tours of a traditional music that was both modern and dynamic, thus "democratizing" the harp, to the dismay of certain purists.

On the other hand, in modern music, dominated by the logic of profit or even commercialism, artistic creation must often be adjusted for a specific audience based on reason rather than heart. But instead of allowing himself to be distorted, Papé Nziengui has always tried to produce music that is not a caricature, worthy in its expression as in its content, of the sacredness and transcendence of the music of the Origins. This is what makes Nzienguinot only the musician, but the mansomeone whose age hasnt altered any of his freshness or authenticity