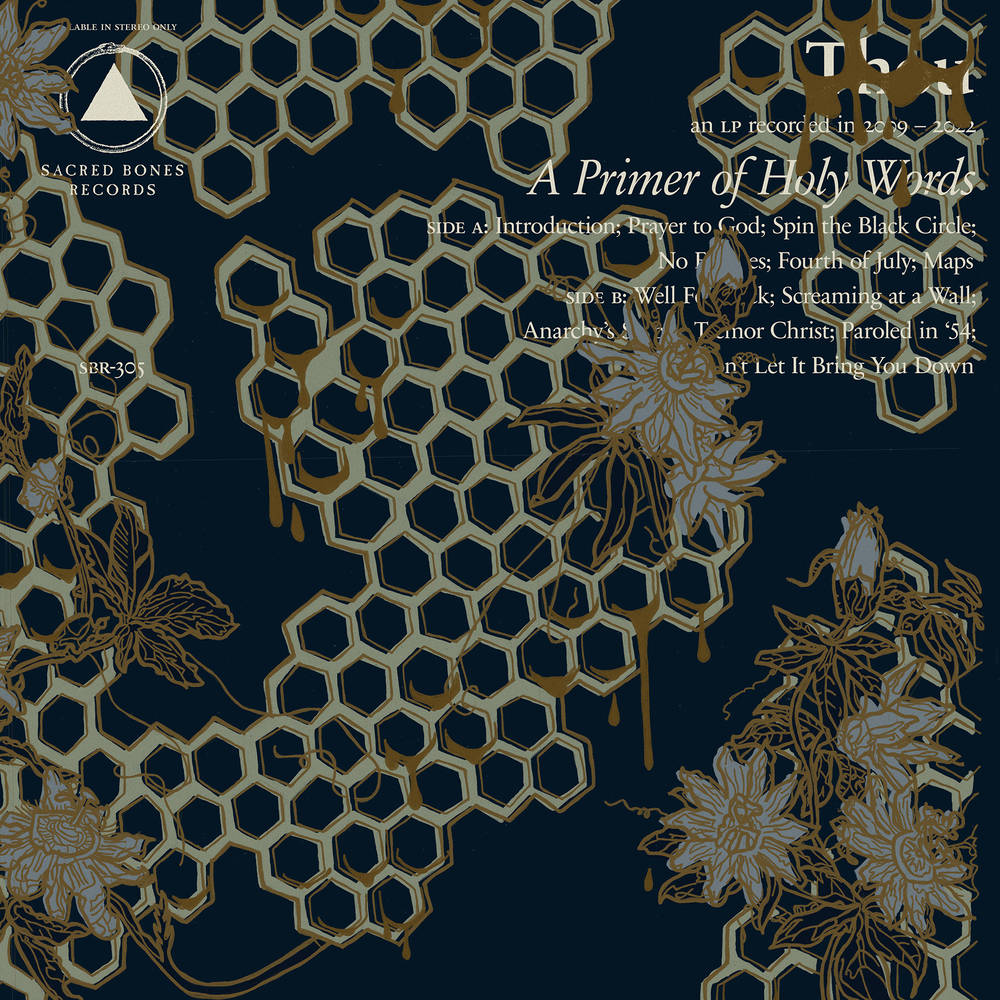 A Primer Of Holy Words [LP]
Artist: Thou
Format: Vinyl

Thou have a bit of a reputation for doing Nirvana covers, even releasing of a full album of them titled Blessings of the Highest Order during the height of quarantine. The infamously ravenous Thou fans were stuck in their rooms, drinking every drop and begging for more and just their luck the band decided to release a full-length compilation of their non-Nirvana covers they recorded and released from 2009-2022. All of the songs on A Primer of Holy Words appeared on limited pressings of various split EPs and benefit compilations. The range of bands being covered is wide: Pearl Jam and Alice in Chains from abandoned tribute projects; Born Against from a small press European compilation; Ginger Quail, an obscure New Orleans punk band from the late 90s; and so on. Regardless of their standing in the civilian world, all of these bands and songs have had a strong imprint on Thou- much more so than "sludge" or metal in general or "the swamp" of New Orleans. New Noise Magazine described some of the tracks saying "They've got a Black Sabbath 'Sweet Leaf' cover that they've dirtied up to the point where it sounds like a High on Fire original, a blackend-sludge version of Born Against's 'Well Fed Fuck,' a bewitched version of Pearl Jam's 'Spin the Black Circle,' and an appropriately gross and desperate cover of Shellac's 'Prayer to God.' It's as good or better than their Nirvana album imho." And while the mentioned tracks will be on the vinyl version sans "Sweet Leaf" it will have a different track list from 2020's digital release including a cover of the Yeah Yeah Yeah's iconic track "Maps". This collection includes artwork from former New Orleans -now Mexico Cityartist Rachel Speck from her Tropical Goth imprint