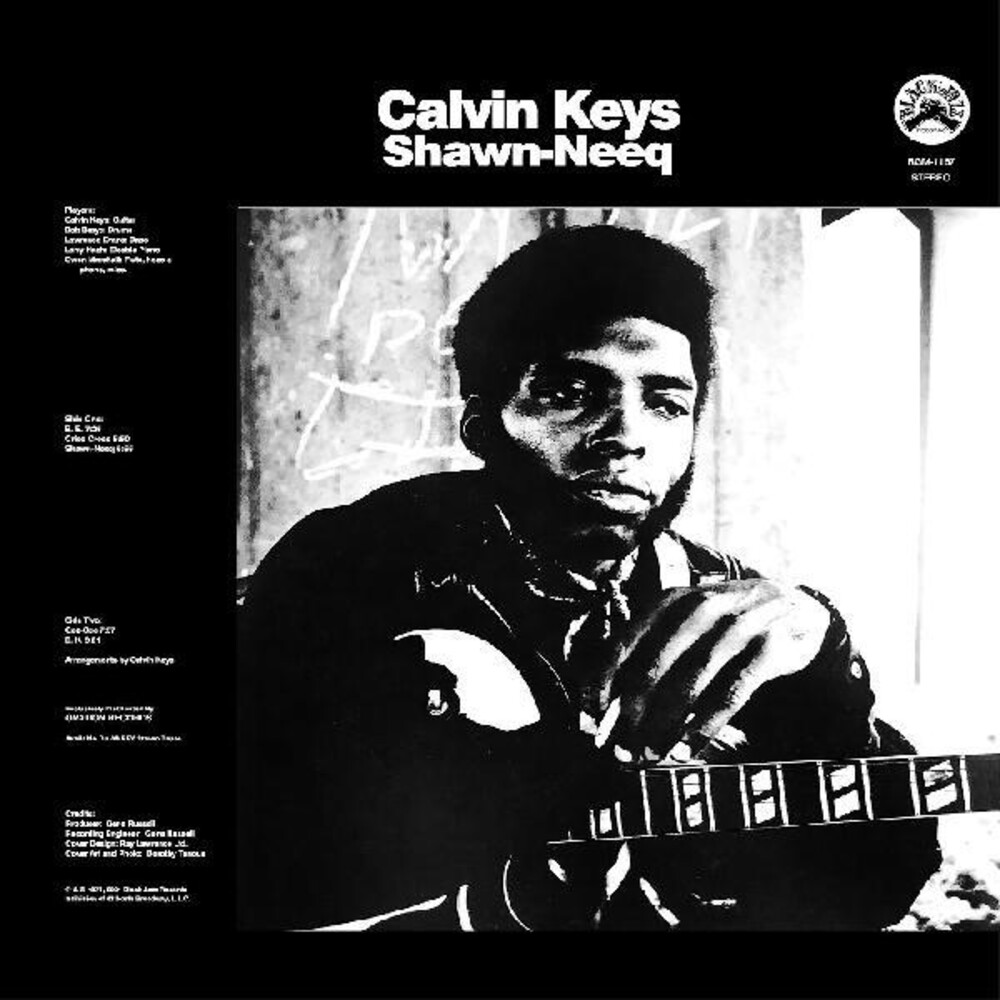 Calvin Keys's 1971 debut album for the Black Jazz Records label announced the arrival of a new star in the jazz guitar firmament. Keys had spent the '60s backing up the crÃ¨me de la crÃ¨me of jazz organists like Jimmy Smith, Jimmy McGriff, Jack McDuff, and Richard 'Groove' Holmes but for his first record as a leader, he was eager to play with a piano player instead. So he recruited one of the best, Larry Nash, who, besides being a member of the L.A. Express, played with everybody from Eddie Harris to Bill Withers to Etta James. Bassist Lawrence Evans, drummer Bob Braye, and flautist-songwriter Owen Marshall rounded out the group on Shawn-Neeq, which might remind some of Pat Metheny's early work (Metheny acknowledges Keys as an influence), or Grant Green. But what gives Shawn-Neeq extra depth is that it comes from the heart; as Keys says in Pat Thomas' liner notes, which feature an interview with the artist: "My thing was, I write about some of the experiences that I've had in my life." Keys has since become a fixture in the Bay Area jazz scene; this is the album that started his journey.