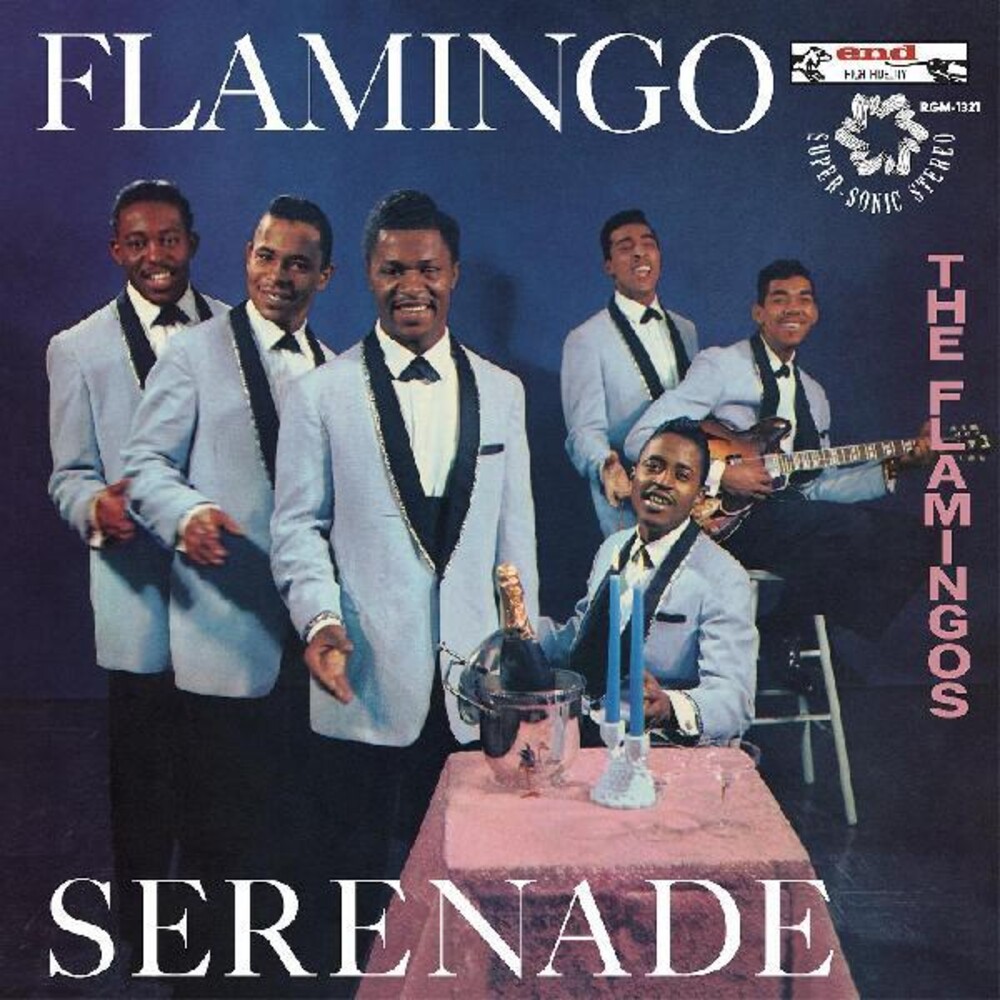 Limited powder blue colored vinyl to match the tuxedos the group is wearing on the front cover. This 1959 album doesn't just include the greatest doo wop single of all time, 'I Only Have Eyes for You;' it also stakes a fair claim to being the greatest doo wop album of all time. Flamingo Serenade brought End label producer George Goldner's concept of having an R&B vocal group sing pop standards to it's true apotheosis, as The Flamingos' rich and intricate vocal harmonies lent ethereal textures to such chestnuts as 'Begin the Beguine' and 'Love Walked In.' And, of course, there's 'I Only Have Eyes for You,' one of the most mysterious and existential recordings ever committed to wax! The Flamingos recorded Flamingo Serenade in true stereo, and that's the version we are bringing you. One of those rare albums that appeals to every generation.