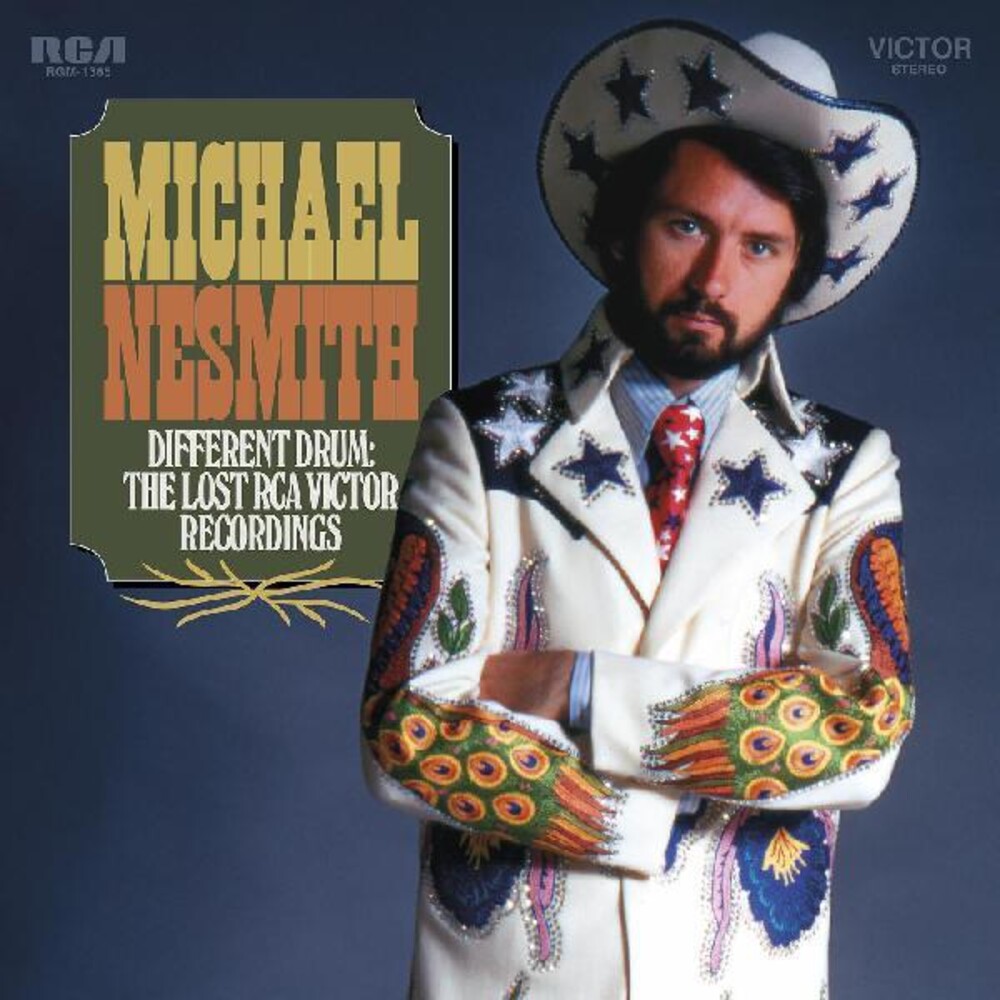 The late, great Michael Nesmith always travelled to the beat of a "Different Drum" - whether as the writer of that classic hit for Linda Ronstadt and The Stone Poneys, the wool hat-clad member of The Monkees, or one of the earliest progenitors of the country-rock genre. Now, in the sizeable wake of Nesmith's recent passing, Real Gone Music and Second Disc Records are proud to honor his legacy with a major deep dive into the Nez archives. Different Drum: The Lost RCA Victor Recordings features 22 tracks drawn from the RCA Victor vaults, every one of which is previously unreleased on vinyl. Over six RCA albums released between 1970 and 1973, Nesmith blossomed as a singer, songwriter, bandleader, and producer under the aegis of RCA Nashville legends Chet Atkins and Felton Jarvis. With bandmates including legendary pedal steel guitarist O.J. "Red" Rhodes, John Ware, and John London, Nesmith pioneered country-rock with a spiritual and searching style all his own. Different Drum premieres on record some of his most remarkable musical explorations from this vivid period including cosmic reimaginings of Monkees-era favorites like "Tapioca Tundra," "Magnolia Simms," "Circle Sky," and "Listen to the Band;" unheard outtakes like "American Airman" and "Six Days on the Road;" vastly different alternate takes of "Different Drum," "Dedicated Friend," and "Tengo Amore;" and even an early version of "Marie's Theme" from his cult classic multimedia project The Prison. The mind-altering music on Different Drum has been mixed from the original multitracks by Andrew Sandoval and mastered by Vic Anesini at Sony's Battery Studios, while Papa Nez himself contributed insightful commentary to the liner notes by The Second Disc's Joe Marchese, who also pens a poignant appreciation of the creative, generous soul that was Michael Nesmith. A gorgeous gatefold jacket housing two LPs pressed in "blue smoke" vinyl and a four-page insert presenting rare photos by renowned photographer Henry Diltz round out this landmark package. Different Drum is a freewheeling, widescreen journey through the world of one of rock's greatest and most beloved iconoclasts. Don't take our word for it: listen to the band!