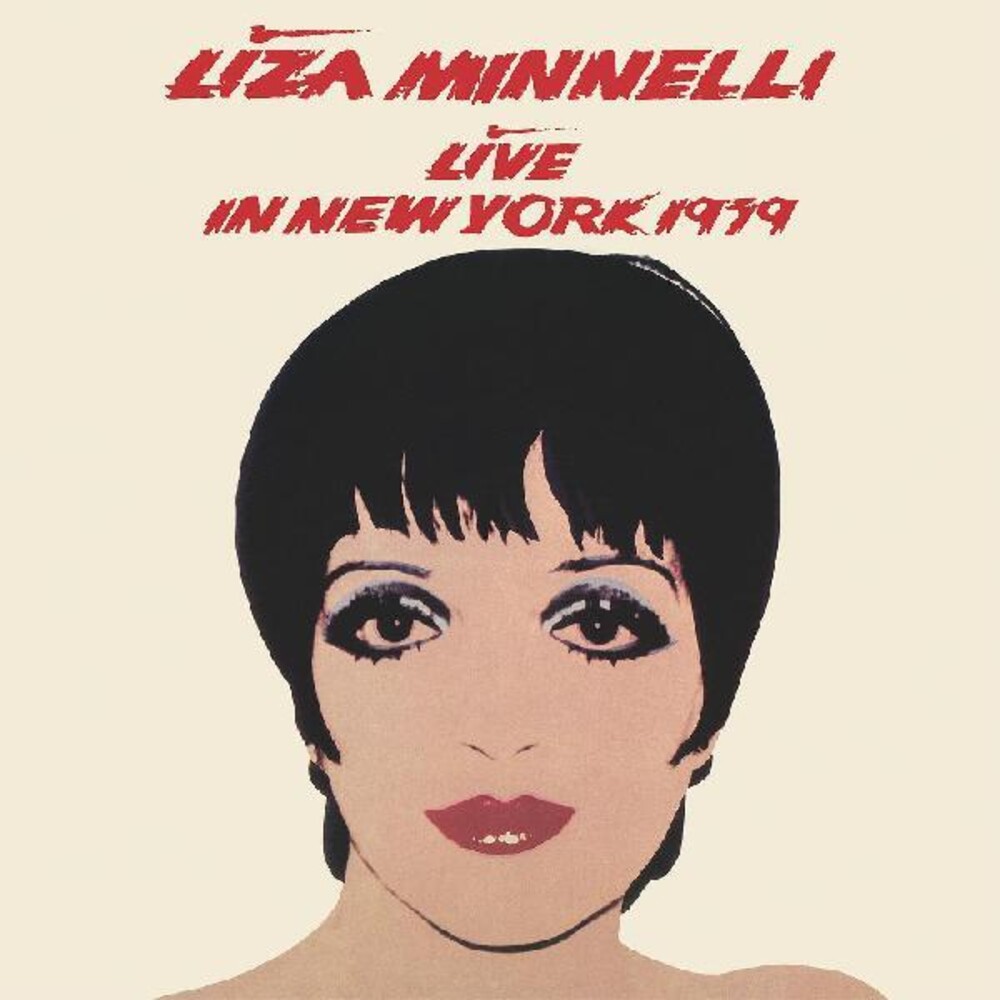 LIZA - LIVE IN NEW YORK 1979 - The Ultimate Edition - Liza Minnelli Start spreading the news: Liza Minnelli's long-lost live album recorded in the very heart of New York, New York is getting the deluxe vinyl and even more deluxe CD treatment from Real Gone Music and Second Disc Records! When the Oscar, Emmy, and Tony-winning superstar (and future Grammy Legend) took the stage at the legendary Carnegie Hall on September 4, 1979, the concert was already a hotly-anticipated event. It would be the first of eleven consecutive shows through September 14 - the longest run in the Hall's history. Not only that, but every show in the five-level, 2, 804-seat venue was sold out. Liza had the foresight to record three nights of concerts; two years later, in 1981, she began selling the limited release on vinyl at her live dates. The Live at Carnegie Hall double album preserved Liza's electrifying, roof-raising evening from start to finish, including definitive versions of familiar showstoppers such as John Kander and Fred Ebb's "Cabaret, " "But the World Goes 'Round, " and "Theme From 'New York, New York'" But, deprived of proper retail distribution, the album never reached a wide audience... until now! It even gets better, though: Liza kept those pristine multitrack tapes of the three nights recorded at Carnegie Hall. The tapes revealed a treasure trove of performances not included on the original double album including James Taylor's "Everybody Has the Blues, " Kander and Ebb's "Arthur in the Afternoon" and "Mr. Cellophane" (the latter sung by future Dreamgirls star Obba Babatunde), a Minnelli/Babatunde duet of Cole Porter's "You Do Something to Me, " the funky disco jam "Dance Across the Floor, " and even a beautiful nod from Liza to her mother, Judy Garland, with a verse of "On the Atchison, Topeka, and the Santa Fe." These tapes have been painstakingly restored and beautifully mixed by acclaimed engineer Ted Carfrae (Doris Day, Cilla Black) for this first-ever COMPLETE presentation of Liza's Carnegie Hall show from curtain up to curtain down. Live in New York 1979: The Ultimate Edition is available on 3 CDs, all of which overflow with showbiz sizzle: one disc with Mike Milchner's remastered version of the original vinyl release, which premieres on CD, and two discs with the never-before-released complete show. This deluxe edition also features an expanded booklet with new introductions by both Ms. Minnelli and Great American Songbook champion Michael Feinstein, both of whom served as executive producers for this release, plus photos of the artist and liner notes from reissue producers Joe Marchese and Charles L. Granata, and exclusive tributes from Liza's friends and collaborators inside a gorgeous, 8-panel digipak boasting the Warhol portrait. Again, NONE of this material has ever been available at music retail... this is indeed the ultimate Liza package!