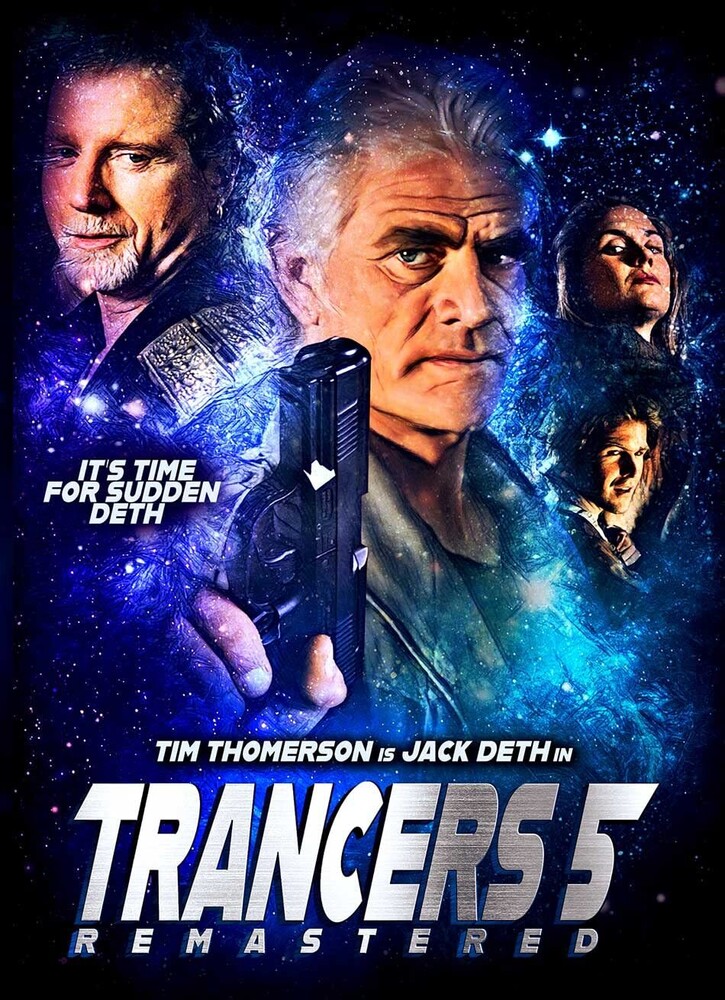 You can't keep a good future cop down, as this fifth fantastic feature in the TRANCERS saga proves! The iconic Jack Deth (Tim Thomerson) finds himself once more lost in - and running out of - time and desperately trying to find his way home from the evil interdimensional world of Orpheus, where magic works and the trancers are the ruthless ruling class. However, Jack's quest to find the mystical 'Tiamond' in the Castle of Unrelenting Terror threatens to be thwarted by the return of the wicked Caliban, the Lord of the TRANCERS and a fiend once thought to be dead. Will Deth live to tell the tale, or will he be sent to oblivion? Only time will tell. Full Moon is thrilled to be presenting this two-fisted, sci-fi saga in a stunning new transfer, remastered from the original camera negative. It's TRANCERS 5: SUDDEN DETH like you've never seen it before!