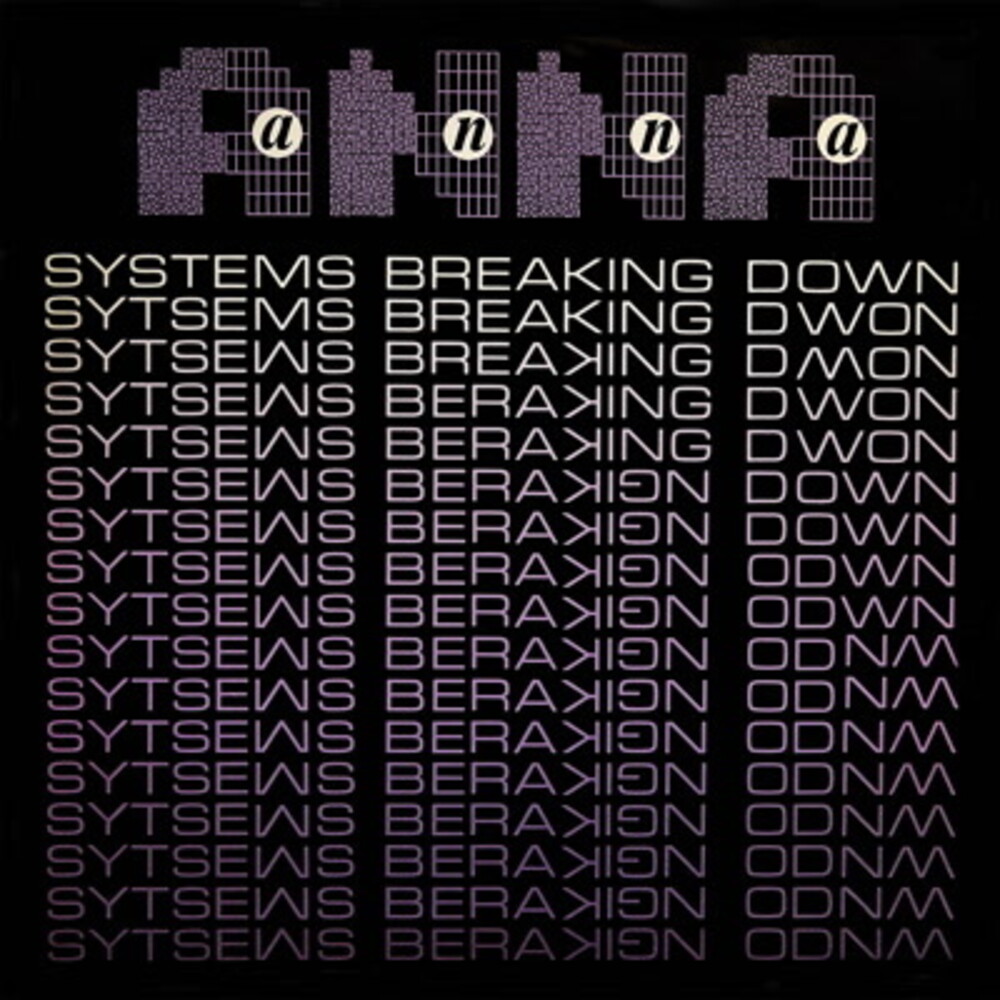 Twelve inch vinyl pressing. Originally released in 1982, Anna's cosmic coldwave bomb "Systems Breaking Down" is one of the most mysterious singles of the period. Remarkably, it was released on a major label - RCA - yet very little is known about the shadowy Anna. Despite being recorded nearly 35 years ago, it still sounds strikingly vital. Both sonically relevant and lyrically prescient, it's hard to imagine a more apposite track to soundtrack the dark days we're currently occupying. A masterful study in dread, describing the gentle collapse of all structures, it is set against a backdrop of eerie, synth-heavy electronics. Produced by 80s disco-pop mavericks Geraint Hughes and Ken Leray, the A-Side contains the epic synth-pop original, all heart-wrenching atmosphere and haunting vocals. The B-Side wins again, however. The more uptempo 'Dance Version' is a dubbed out dark-disco tour-de-force, with cut-up vocals drifting in and out of a bassline that throbs like Carpenter's best (think Assault on Precinct 13) and a palette of head-nod minimal wave. Both sought-after mixes have been remastered for vinyl by Simon Francis and are housed in a replica jacket of the maxi original. Outstanding.