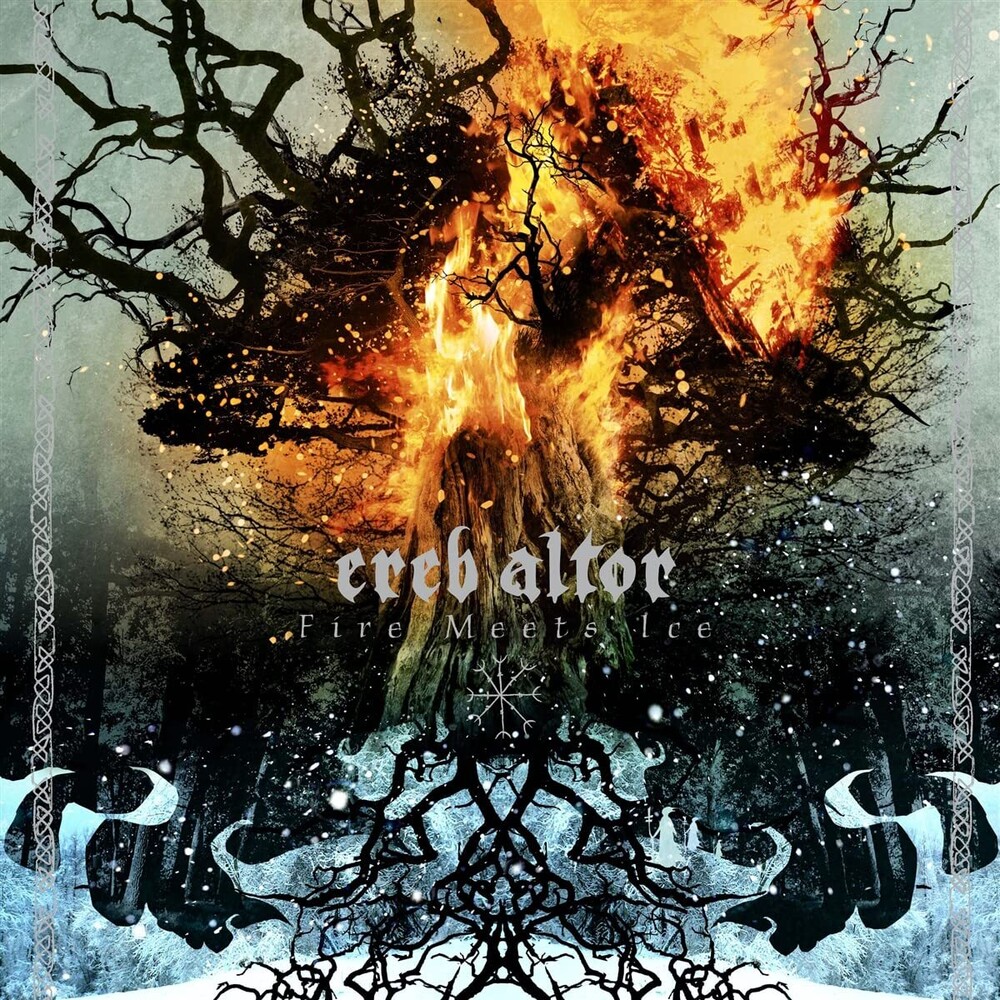 We know we cannot be the only persons out there to be confused when the term `Viking Metal' or variations of it are thrown around. Most of the time, viking metal simply refers to the lyrical or theatrical themes a band uses, and really doesn't define a sound specifically. It is nice to know what to expect from a band when you read about their genre, but leaves the question open what a true viking metal band should sound like.

Enter the Swedish metal band, Ereb Altor. After Ereb Altor's fourth full length release of `Fire Meets Ice'. one can now say with certainty that we know what viking metal is. The album is absolutely flawless in blending genres, to the point that the only genre to describe it would be viking or even `Scandinavian' metal as the band calls themselves. There are definite influences present from black metal, Bathory particularly. The black metal is so drenched in doom, while the near constant keyboard accompaniment and clean vocal harmonies really bring an epic feel to it all.

The sheer tone of the album exclusively is one of adventure and unmapped terrain. It feels as if you are setting sail, probably west, into unknown waters to face unbeknownst peril. Continuing on through the album, the songwriting sets up a slow constant march, as if you're trudging on through your hidden pain and sadness, pushed throughout the songs by the great drum and string work. The haunting yet driving elements to this album are truly what makes it so outstanding. If you like epic metal, or maybe dark and doomy black metal, this album will totally work for you.