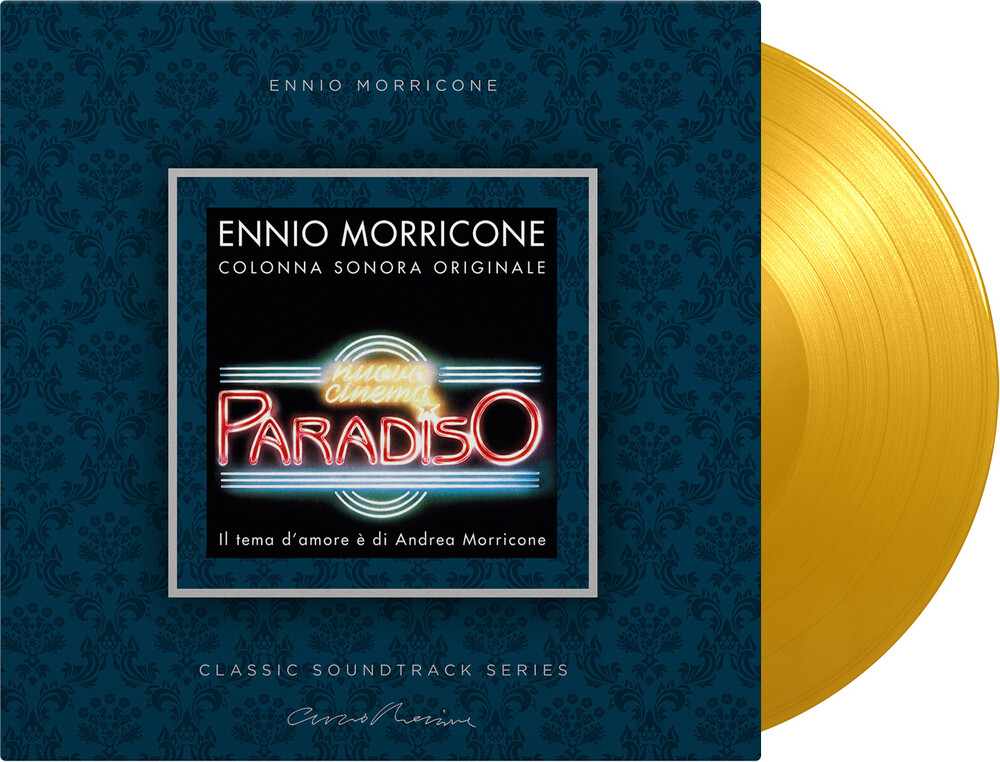 Nuovo Cinema Paradiso (New Paradise Cinema) is a 1988 Italian drama filmwritten and directed by Giuseppe Tornatore. The movie won the Academy Award for Best Foreign Language Film at the 62nd Academy Awards. It was a critical and box-office success and is regarded by many as a classic. It is particularly renowned for the 'kissing scenes' montage at the film's end. Ennio Morricone (10 November 1928) composed and arranged the score of the movie. He has made scores and soundtracks for more than 500 film and television productions, making him one of the most influential and best-selling film composers since the late 1950s. Nuovo Cinema Paradiso is available limited edition of 2000 numbered copies on solid yellow vinyl. The package includes an insert.