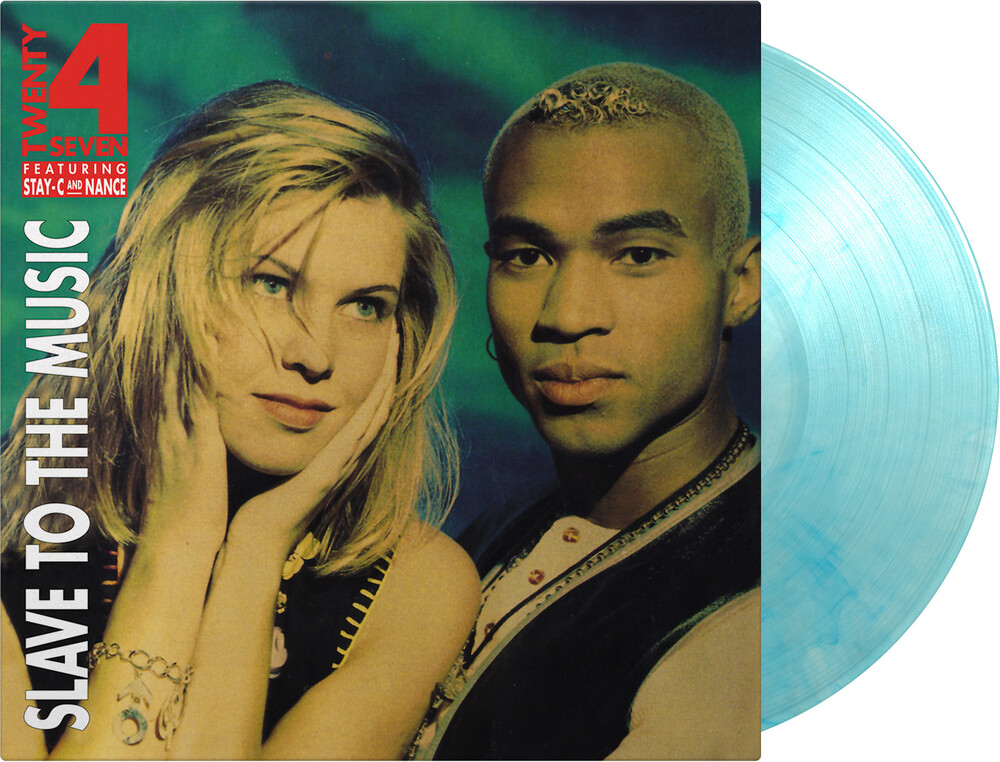 The Dutch dance project Twenty 4 Seven scored several major hits during the Nineties. The group was founded in 1989 by producer Ruud van Rijen, who is seen as a pioneer in Eurodance. He was one of the first to put together a male rapper and female vocalist. In 1993 he gathered singer Nance Coolen and rapper Stay-C and recorded the third single 'Slave To The Music', which secured their big international breakthrough and became a major worldwide hit. The track was the first single of the same-titled album that came out later that year. Besides 'Slave To The Music', the album spawned three more singles that all charted well - 'Is It Love', 'Take Me Away' and 'Leave Them Alone'. The album received several Gold and Platinum records, including 2x Platinum in South Africa, Platinum in Czech Republic and Gold in the Netherlands. Slave To The Music is available as a limited edition of 2000 individually numbered copies on crystal clear & blue marbled vinyl and includes an insert with lyrics.