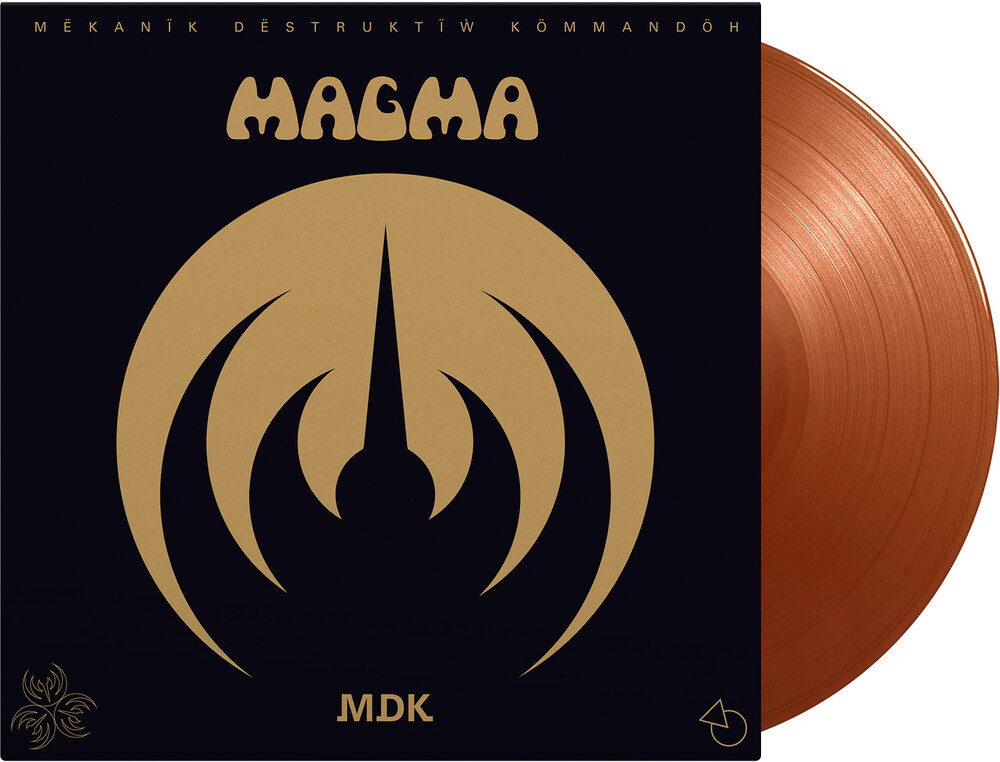 Magma is one of the most influential bands from France. Their music defies any of the standard and convenient classifications of rock, instead they operate in a realm of their own creation. Their third studio album Mekanik Destruktiw Kommandoh was originally released in 1973 and showcased in particular the range of singer Klaus Blasquiz and introduced the ground-moving work of bassist Jannick Top. The French edition of Rolling Stone magazine named the album the 33rd greatest French rock album and ranked the album 24th on their list of the '50 Greatest Prog Rock Albums of All Time'.Mekanik Destruktiw Kommandoh is available as a limited edition of 2000 individually numbered copies on copper colored vinyl. The album is housed in a gatefold sleeve with a copper foil finish on the front of the sleeve.