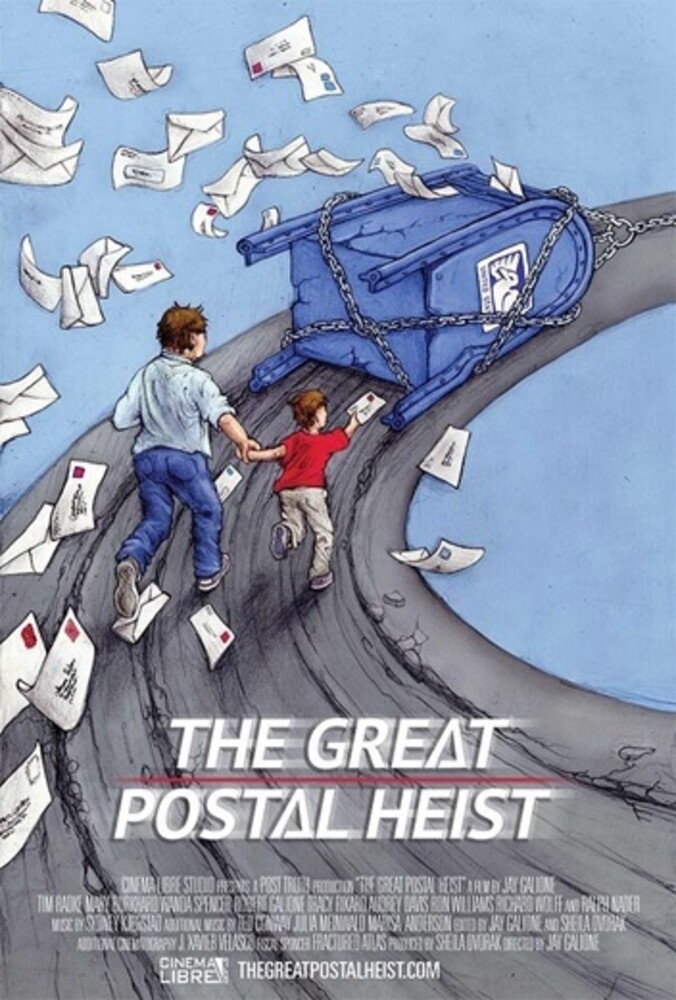 THE GREAT POSTAL HEIST is the directorial debut of a postal worker's son, Jay Galione, who tells the story of his father, a 30-year postal clerk who was harassed, threatened, and fired for standing up for fellow employees. The documentary reveals how the USPS has been systematically dismantled and privatized by the trillion-dollar mail industry and its politicians who seek to raise prices and lower wages. A moving indictment of the toxic culture and push to downsize, the eye-opening documentary allows viewers to hear from experts and advocates including Ralph Nader and Richard Wolff, and directly from the selfless and courageous people hidden behind the scenes, long suffering and ignored.