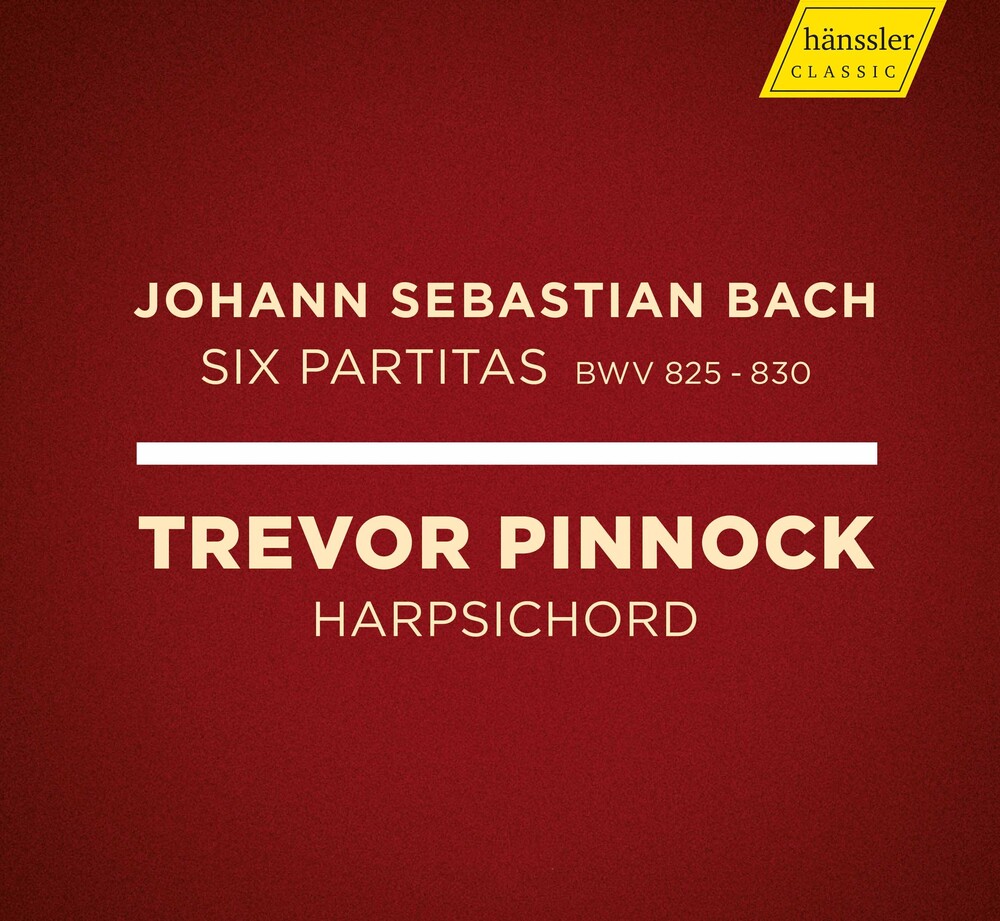 Bach's partitas BWV 825-830 are a set of six harpsichord suites that became well-known as "Clavier-Ãbung I", published in 1731. They are the last set of suites that Bach composed, and the most demanding, compared with the French and the English Suites. Trevor Pinnock, born in 1946, is a famous British harpsichordist and conductor. He is one of the pioneers of the modern revival of early music performance, founding The English Concert in 1972 and the European Brandenburg Ensemble in 2006. He appears as a guest conductor with many of the world's leading symphony orchestras as well as giving solo harpsichord and chamber music recitals worldwide. Apart from his concert activities he is now focusing on teaching and giving masterclasses.