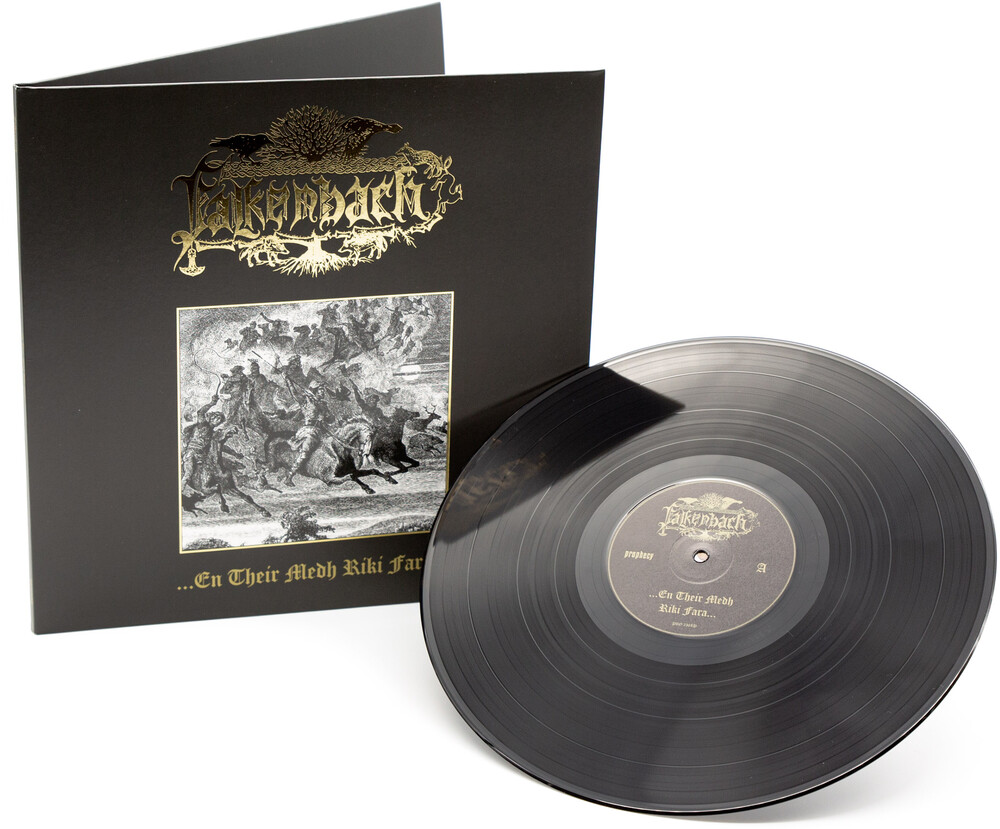 Falkenbach were originally conceived as a solo-project by Vratyas Vakyas and officially came into being with the "Laeknishendr" demo in 1995. The first regular full-length under the banner Falkenbach appeared in 1996 with the Icelandic title "... en their medh riki fara... " (1996). The extremely atmospheric album supported by keyboard and acoustic guitar was obviously influenced both by the Bathory classics "Blood Fire Death" and "Hammerheart" as well as the rising Nordic black metal tide. "... en their medh riki fara... " quickly gained cult status in the blackened pagan metal scene and still maintains a raw, emotional charm today.