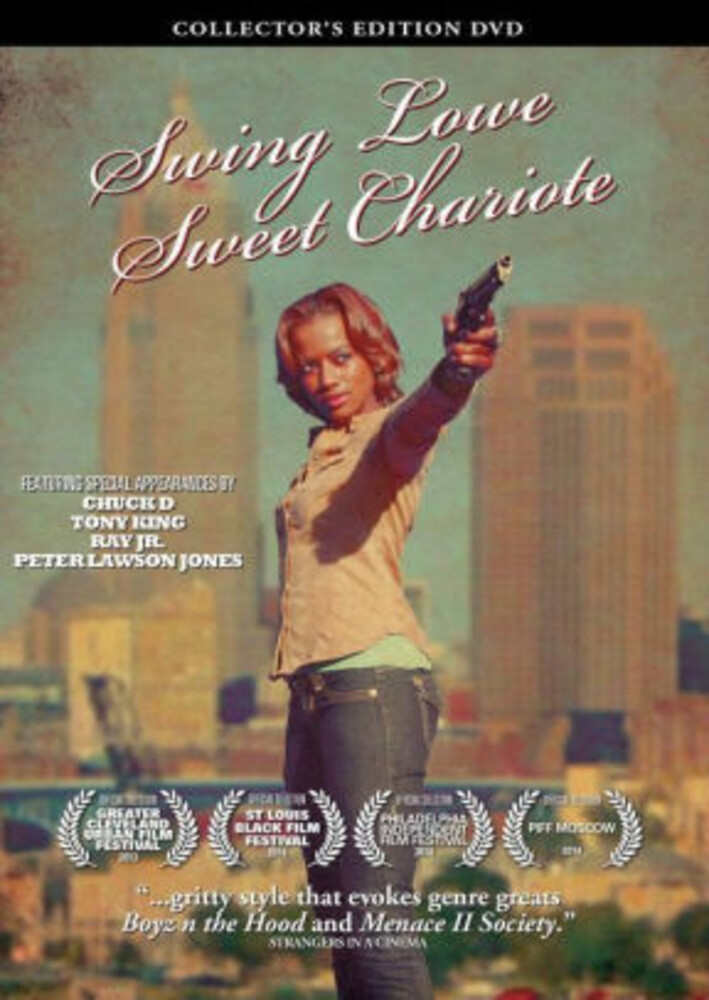 On the eve of graduating top of her class in high school, Chariote Lowe witnesses the unthinkable: the cold blooded murder of her best friend. The shock of this horrible event splits her psyche between trying to maintain the positive environment in which her grandmother has provided and the dangers that await her in the streets. Based on the novel by celebrated Cleveland author Stella Hall, Swing Lowe Sweet Chariote is an exciting coming of age story unlike any other. Featuring special appearances by Ray, Jr. (The Game Ain't for Everybody), Peter Lawson Jones (Alex Cross, If Joy Comes), Tony King (Sparkle, The Godfather), and Chuck D of Public Enemy! "... a heavy, hard hitting urban drama that packs a large emotional impact." D. RYAN MOWERY RYAN'S REVIEWS