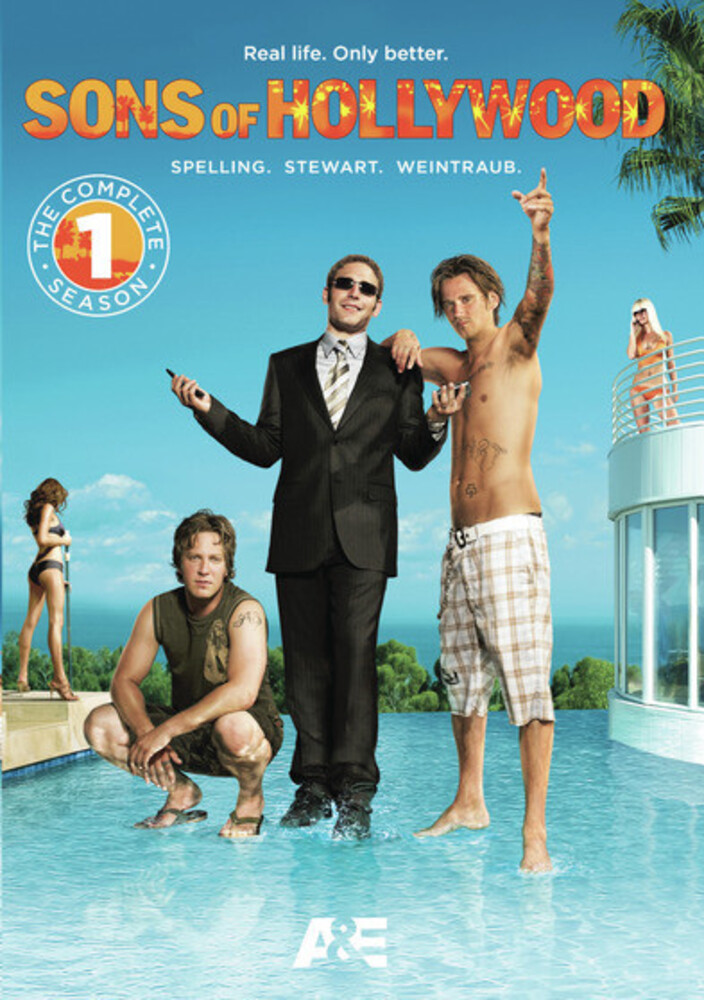 Ambitious, well connected, and rich beyond imagination, these wealthy sons of the celebrity world have Beverly Hills at their fingertips. But when Aaron Spelling's son Randy and Rod Stewart's son Sean share a house with talent agent Dave Weintraub, the drawbacks to being Hollywood royalty quickly emerge. SONS OF HOLLYWOOD follows Sean, an aspiring musician, and Randy, an actor, through their meetings, auditions, and everyday lives. Famous fathers cast long shadows, and the boys struggle to be received as serious artists. They also do their best to live the Hollywood lifestyle, throwing lavish parties and taking wild trips to Vegas and Miami. As the housemates negotiate their way through the secret doors and high-powered deals of Tinseltown, they encounter Hollywood players both serious and absurd. They also battle alcoholism, family strife, and occasionally one another as each man faces life's biggest question: will he be able to make it on his own?