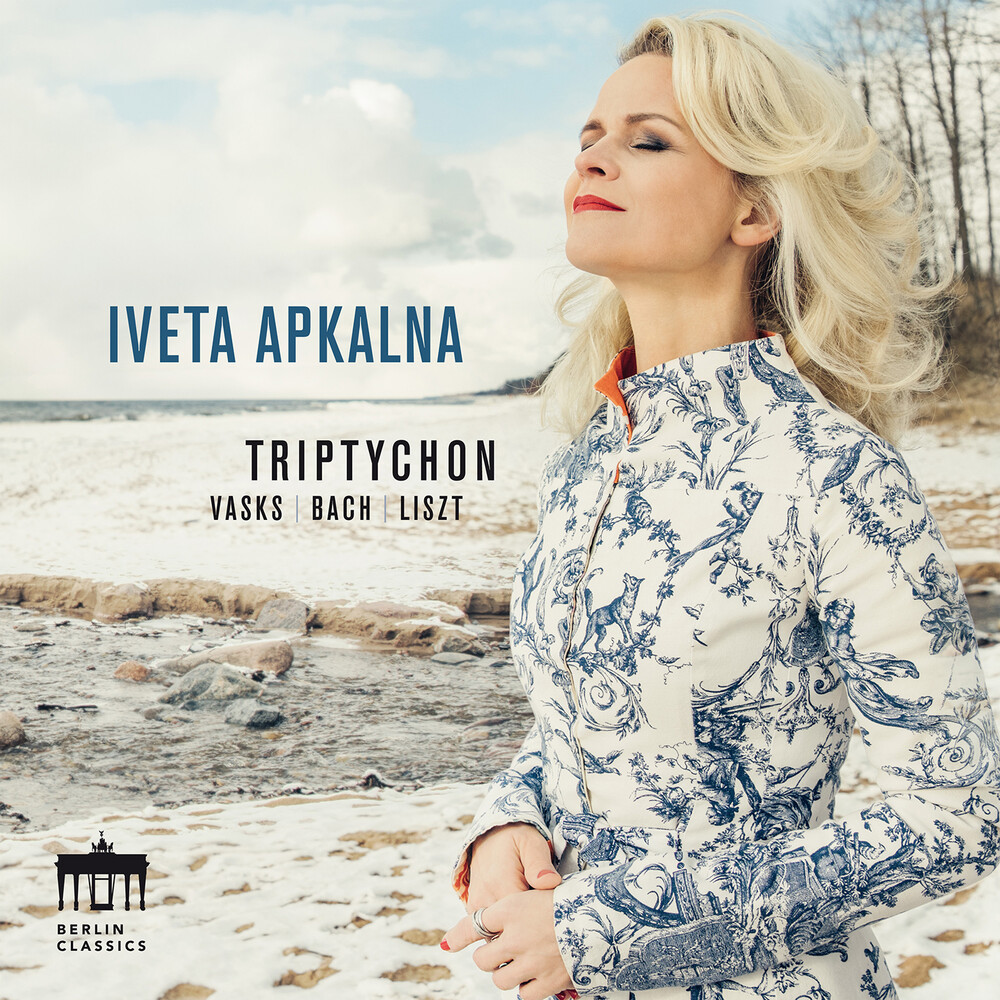 Having garnered the ultimate accolades from a host of arts review pages for her premiere recording on the Hamburg Elbphilharmonie's organ and on the double organ of the Taiwanese Kaohsiung Center for the Arts, concert organist Iveta Apkalna now presents her third release on the Berlin Classics label as a triple album. Triptychon spans three centuries and three religious confessions on one single organ: Johann Sebastian Bach, Franz Liszt and Peteris Vasks can be heard on this, the first release of a recording played in Neubrandenburg's Concert Church on the organ which she helped to develop and inaugurated. Apkalna opens the first altar panel with three works by her compatriot and personal friend: alongside Arvo PÃ¤rt, Peteris Vasks is the best known and most often played Baltic composer. "Latvia is Peteris Vasks and Peteris Vasks is Latvia," explains the organist. "I hear the landscape of Latvia in his music, the far horizons of our flat country, the meadows and forests, birdsong and the sea. Peteris Vasks is undoubtedly a truly Latvian character, though he also breathes the 'global air'. Otherwise people all around the world would not love his music." Johann Sebastian Bach is at the heart of Iveta Apkalna's triptych - just as he is central to the career of any organist. For her, his Toccata, Adagio and Fugue in C major BWV564, the Trio Sonata in D minor BWV527 and the six SchÃ¼bler Chorales BWV645-650 represent the greatest possible stylistic, compositional and tonal variety backed up by personal motives. Franz Liszt, who achieved worldwide fame as a travelling virtuoso and visionary composer, was also a formidable organist who, towards the end of his career, took holy orders. His oeuvre too is close to Iveta Apkalna's heart.