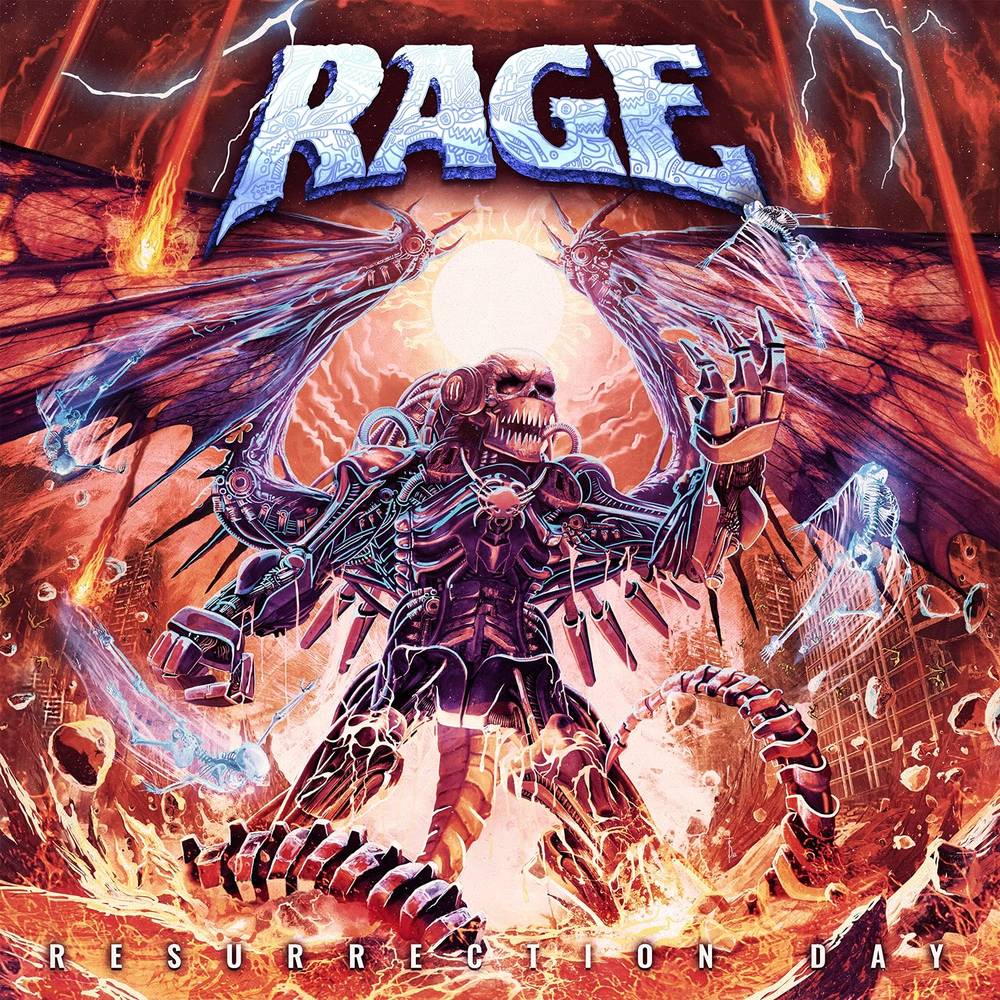 THE BAND'S FANS WERE OVERJOYED WHEN IN SUMMER 2020 RAGE FRONTMAN PEAVY WAGNER PRESENTED THE GROUP'S NEW LINE-UP FEATURING TWO GUITARISTS, ANNOUNCING A RETURN TO THE CONSTELLATION THAT HAD RECORDED CLASSICS SUCH AS BLACK IN MIND AND END OF ALL DAYS.Rage have recorded twelve new songs covering a stylistic range that could hardly be more characteristic of the band, from raw thrash metal tracks like 'Virginity' (also thefirst video), 'The Age Of Reason' and 'Extinction Overkill' through midtempo pieces such as 'Arrogance And Ignorance' and 'Monetary Gods' to the straightforward ballad'Black Room' which balances things out. "Rage fans get exactly what they want on Resurrection Day, plus a surprise or two," promises Peavy, mentioning in particular'Travelling Through Time', a number that explores the extremes between bludgeoning "shoot-em up grooves" (quote Peavy) and epic moments.So we can look forward to a very special Rage album, and of course eventually also to live shows. Provided that the situation allows it, Peavy and his men are set to embarkon a major European tour in November 2021. With Resurrection Day on their setlist, the shows are guaranteed to turn into highly explosive events!