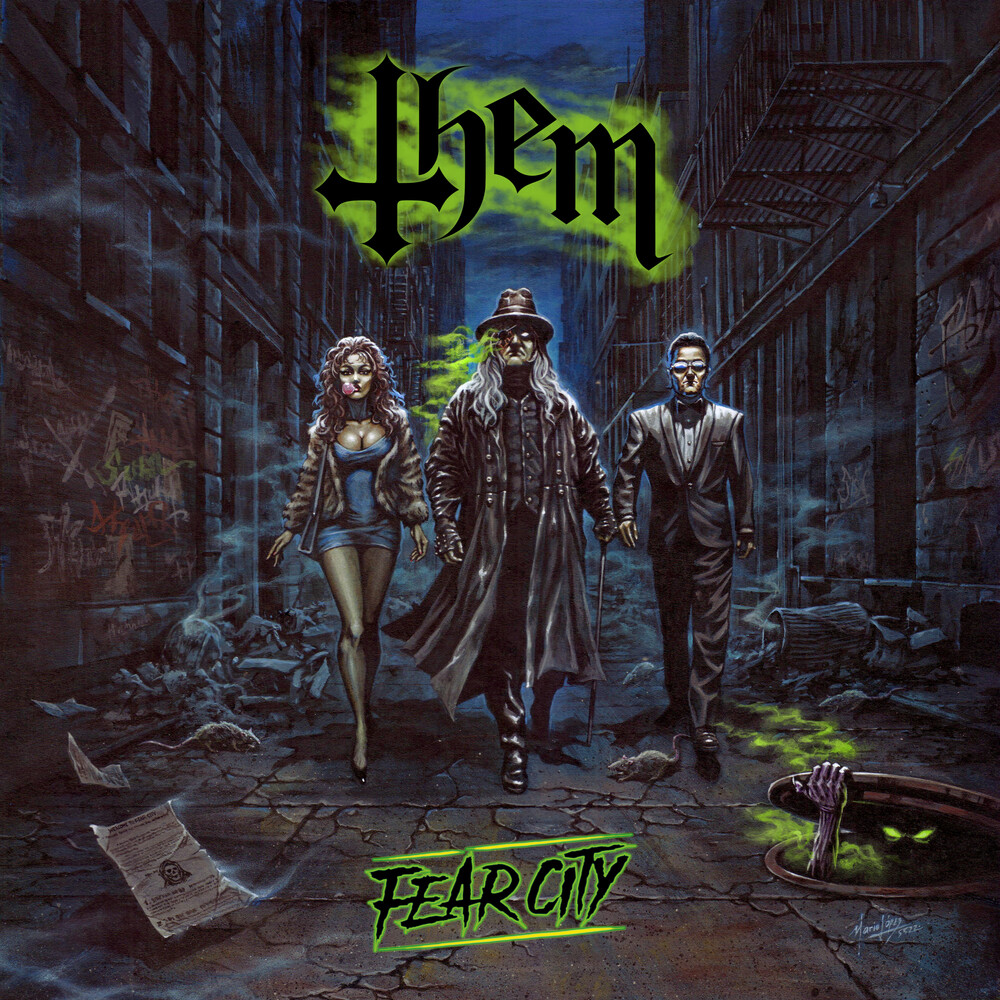 BY WAY OF EXPLANATION: NEW YORK CITY WAS OFTEN REFERRED TO AS 'FEAR CITY' IN THE EARLY 1980S. At that time, illegal prostitution, protection rackets and drug trafficking thrived in the city which was notorious for it's high crime and violence rates - for international power metal band Them the perfect setting for the continuation of their trilogy surrounding main protagonist KK Fossor. What was set in the 19th century on their first three album releases, 'Sweet Hollow' (2016), 'Manor Of The Se7en Gables' (2018) and 'Return To Hemmersmoor' (2020), is continued on 'Fear City', albeit with a 120-year time shift and the descendants of the original characters. "In a nutshell: KK Fossor is trying to find the descendant of the Witchhunter, who works as a televangelist under the name of Peter Thompson in 1981 New York," explains Markus Ullrich, the band's German guitarist and creative mastermind. 'Fear City' will be released on Steamhammer/SPV on 28 October 2022, preceded by two lead singles: 19 August 2022 will see the arrival of 'Welcome To Fear City', supported by an amazing video clip. 'Retro 54' is set to follow six weeks later on 30 September 2022. The third single, 'Graffiti Park', will probably be released simultaneously with the album or immediately afterwards. Both numbers will also be supported by video clips.