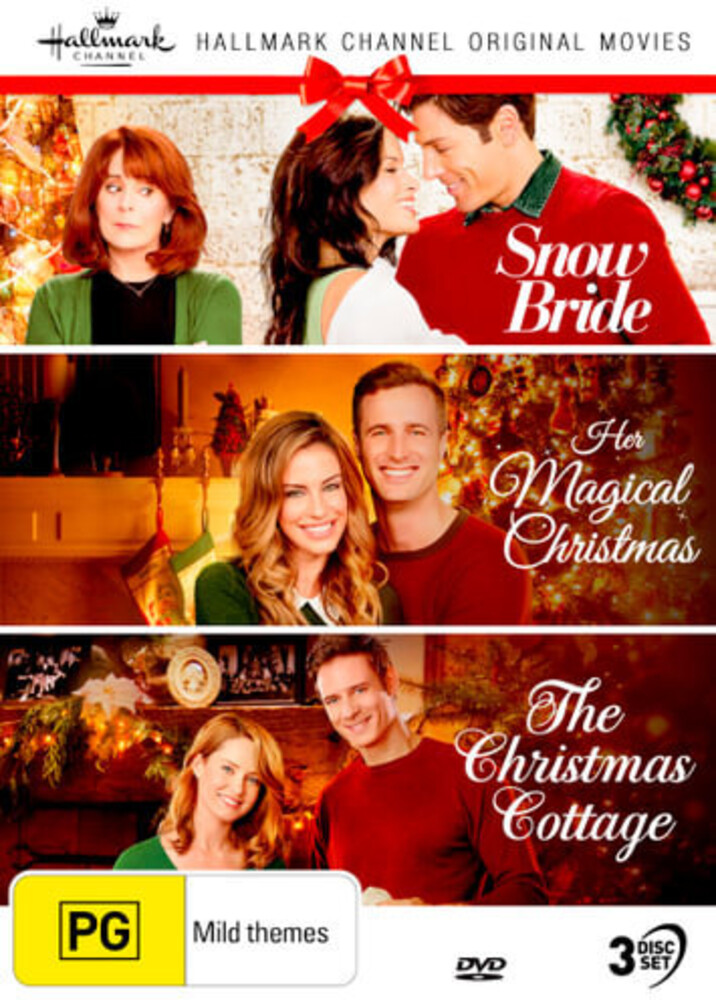 SNOW BRIDE: Greta Kaine (Katrina Law) is always in search of juicy gossip. As a tabloid reporter at Pulse! Gossip in Los Angeles, it's her job to expose the rich and famous for the entertainment of the magazine's readers. So when word gets out that one of the late Senator Tannehill's two sons might be proposing marriage at the family's Big Bear compound during Christmas, Greta and her chief rival Wes (Tom Lenk) are challenged by their old-school editor to get the scoop. There's incentive to be the first, too- the editorship of the magazine's new online incarnation.HER MAGICAL CHRISTMAS: Marie Kendrick (Jessica Lowndes) used to be the Christmas Queen until she had her heart broken by her first love at Christmas. Marie stopped believing in Christmas. To help Marie, her family decide to give her a box of Christmas ornaments to lift her spirits. Like magic, great things start to happen a promotion, a hot date! But just as Marie starts feeling happy, ex-boyfriend Clark (Brendan Penny) turns up with a new book about their failed relationship. Will the ornaments help find the magic in Christmas again? Or is it simply a matter of following her heart.THE CHRISTMAS COTTAGE: Still only in her mid-twenties, Lacey Quinn has already given up on love. Her hearts been broken too many times, and now she concentrates on her career as an interior designer in Raleigh, North Carolina. When BFF Ava Callahan asks Lacey to be her maid of honor, she must take on a few responsibilities, including making sure the Callahan family cottage is perfect for the honeymoon. Legend has it that if newlyweds spend their first night there, everlasting love and happiness follow. Lacey isn't sure she buys into that notion. Still, when she finds herself snowed in there with Charlie, Ava's brother, Lacey has to reconsider if the little house may hold some romantic magic after all especially at Christmas. Starring Merritt Patterson and Steve Lund.