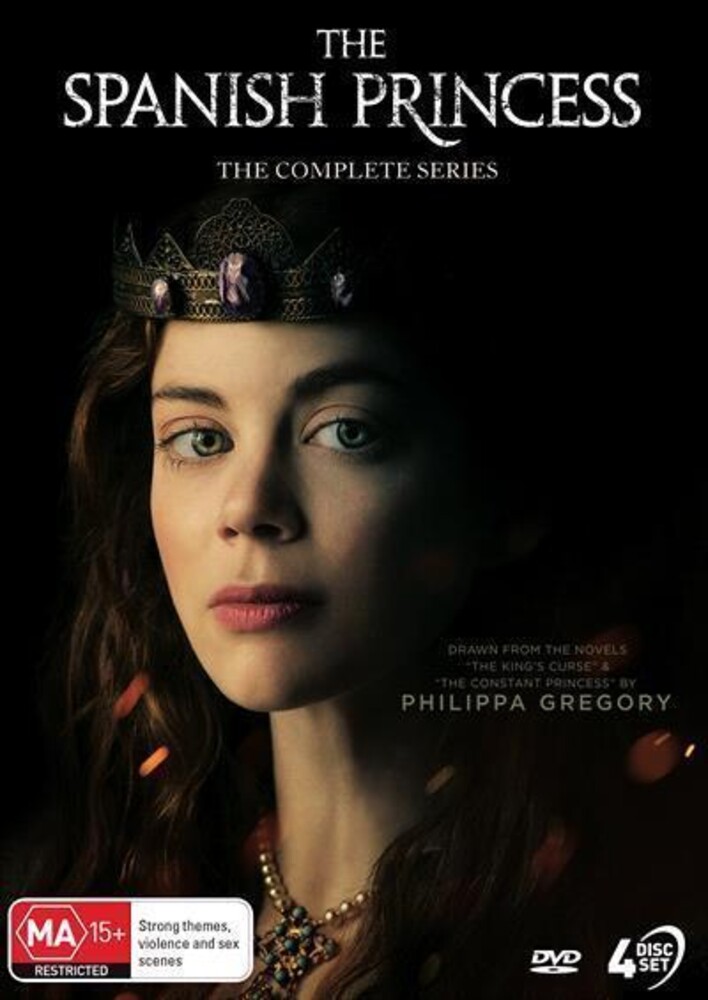 Catherine of Aragon (Charlotte Hope), the strong-willed Princess of Spain, is promised in marriage to the English Prince Arthur. When he dies suddenly, the throne seems lost until she sets her sights on the new heir, the charismatic and headstrong Prince Harry (Ruairi O'Connor).Based on Philippa Gregory's bestselling novels The Constant Princess (2005) and The King's Curse (2014), and following the events of the miniseries' The White Queen and The White Princess, The Spanish Princess returns viewers to the world of Tudor royal court intrigue in this 4-disc set which includes all 16 episodes.