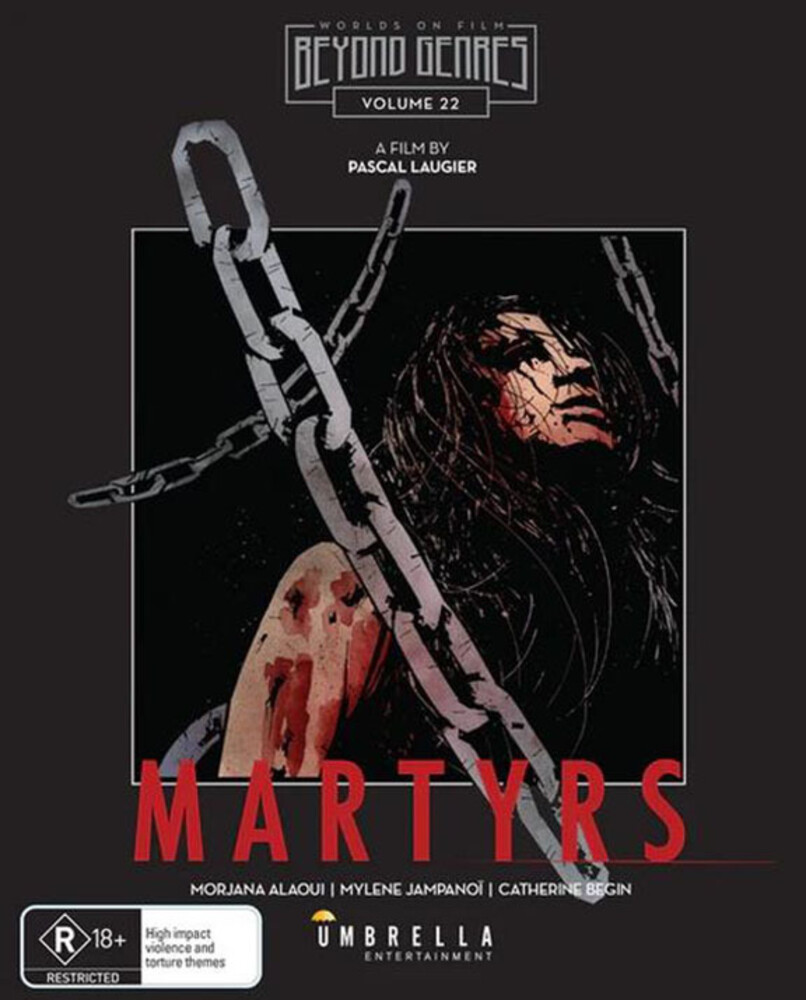 Many movies come to mind when you hear the term "torture-porn". Saw, Hostel, The Human Centipede. But, in France, they turned the extreme acts of inhumanity into more than just gore. Martyrs defined the genre known as New French Extremism amongst the likes of Irreversible and Inside. Pascal Laugier has said Martyrs is not about pain but about suffering. Martyrs doesn't shy away from the brutality it confronts you with. Yet it gives dark meaning to the gore, that means what you feel will stick with you just as much as what you see. Lucie, a frail, frightened, adolescent girl flees an abandoned slaughterhouse. Her opaque skin suggests she has been missing for many months. She is found filthy, starved, and unresponsive. Something horrific has happened to her. But what? Flash-forward 15 years later when the quiet tranquillity of a home nestled in a sparsely populated French forest is interrupted by a knock at the door - it's Lucie, embarking on a gory quest for revenge. Pascal Laugier's 2008 sophomore feature garnered a notorious reputation after audience members attending the premiere at the Festival de Cannes were left wide-eyed and mouth agape. It's reception so shocking, it was immediately threatened with censorship in it's home country, with calls for the director to be imprisoned. MARTYRS is a brutally confronting and provocative example of the French New Extremity a work of dark brilliance and vile beauty. A genre-defining classic so profoundly traumatising, it transcends all constraints of your average horror film and dives into the murky depths of human degradation and suffering. Extras: NEW! Audio commentary by film historian Dr. Lindsay Hallam BFI at Home - Horror la Fran aise online panel with Anna Bogutskaya, Alexandra West and Dr. Lindsay Hallam Organic Chronicles: The Making of Martyrs Interview with director Pascal Laugier Make-up interview with Benoit Lestang New French Extremity trailer reel Stills Gallery International Poster Gallery Theatrical trailer Teaser trailer Easter Egg