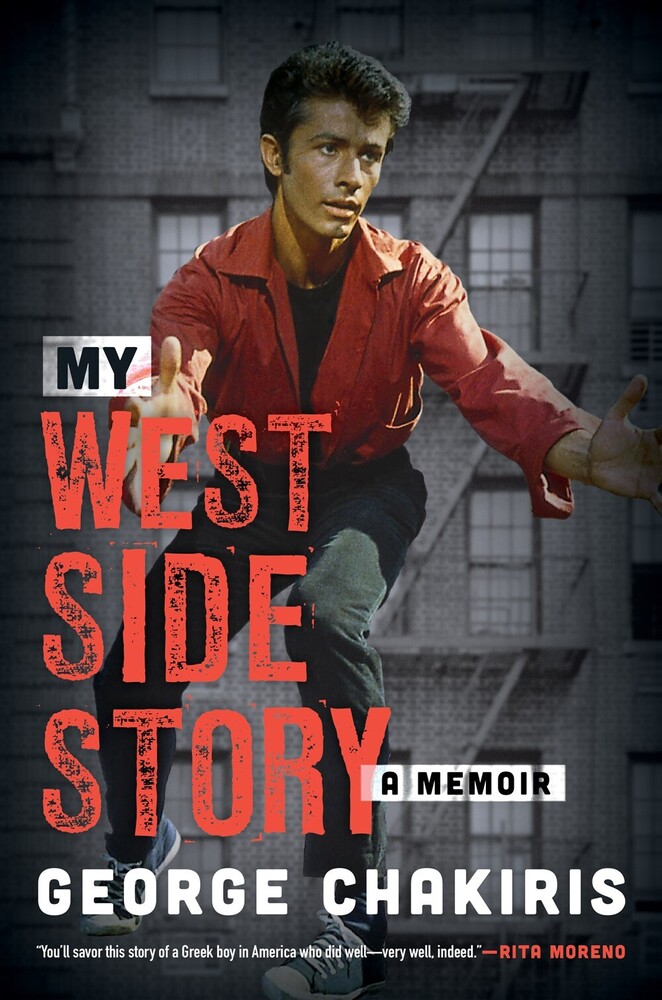 George Chakiris famously played the angry gang leader Bernardo in the film version of West Side Story (1961), for which he won an Oscar for best supporting actor.

My West Side Story, is an insider's look at how this theatrical and cinematic landmark evolved from a conversation in Jerome Robbins' Manhattan apartment between him, Arthur Laurents and Leonard Bernstein to ten Oscars, three Golden Globes, two Tony Awards, and a Grammy. While also a memoir of Chakiris's long and distinguished career, the emphasis is on West Side Story, which will be revived on Broadway in December of this year.

Here are profiles of the film's stars and directors, from the "wonderful" Natalie Wood and "lovely" Richard Beymer, to the mercurial Jerome Robbins and "passionate" Rita Moreno, with whom Chakiris remains friends. "I know exactly where my gratitude belongs," Chakiris writes, "and I still marvel at how, unbeknownst to me at the time, the joyful path of my life was paved one night in 1949 when Jerome Robbins sat Leonard Bernstein and Arthur Laurents down in his apartment and announced, `I have an idea.'"

George Chakiris started his acting/dancing career appearing in musicals such as Gentlemen Prefer Blondes (1953), White Christmas (1954), and There's No Business Like Show Business (1954). After appearing in the London stage production of West Side Story for two years, he was selected by Jerome Robbins to co-star in the eponymous film. Since that time he appeared in dozens of plays, films, and TV shows before retiring in 1996. He lives in Los Angeles, CA.